Africana Social and Political Thought Is:

Throughout the course I have learned a lot from class mates and from reading.  I’m not too sure what Africana Social and Political thought really is, because even the author’s we read from this semester didn’t always agree with each other.  I think that everyone has their own opinions about this, and I believe that Africana Social and Political thought describes the writings and thoughts from African Americans, and from Africans dispersed around the world.  Some of my favorite readings from this class were actually from MLK, especially the Letter From Birmingham Jail. 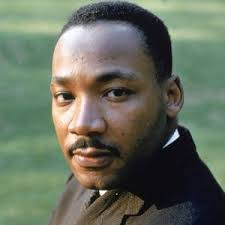 However what I found very interesting about the readings is that the authors would not always agree with each other.  This made it seem like there was a lot of separation between everyone even though they kind of wanted the same thing which was equality.  However everyone had a different idea about equality, like why should African Americans have to be “equal” when we are all the same  race which is a human being.  A lot of the conversations would remind me of a class I took last semester because we would always talk about race, and how it did not really serve any scientific function but people would still die because of race.  I believe in treating people equally, no matter the color of their skin, and I think even now with all the drama and stuff going on in the news, that we need to continue to strive to be better than our predecessors, even if things aren’t going our way.
Works Cited:
http://www.biography.com/people/martin-luther-king-jr-9365086