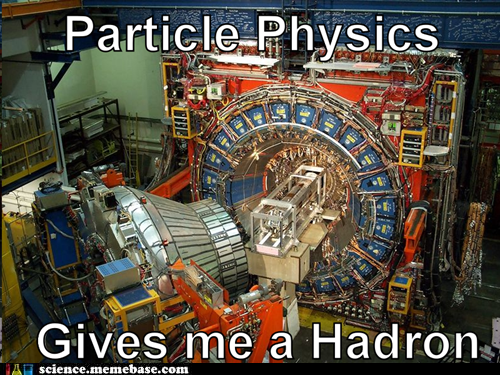 If you’ve been keeping with my posts, you are now informed of the Higgs Boson! 🙂
I’m sure you’ve heard by now, but if you haven’t, July 4, 2012 marked the day that ATLAS , a particle detector experiment located in the Large Hadron Collider, detected signs of the aftermath of a Higgs Boson.

If Large Hadron Collider and ATLAS are words that confuse you, allow me to explain. Hadrons are subatomic particles composed of quarks held together by the strong force, and there are two classes of hadrons: baryons and mesons. 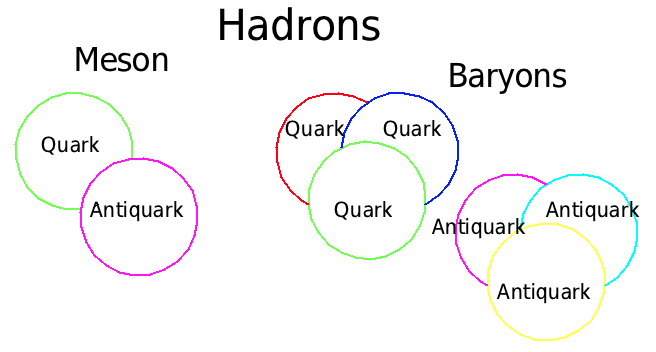 Baryons are subatomic particles that are composed of 3 quarks or 3 antiquarks, held together by the strong nuclear force; protons and neutrons are examples of baryons.

Mesons are subatomic particles that are composed of a quark and an antiquark, also held together by the strong nuclear force, pions and antipions are examples of mesons.
Now, the Large Hadron Collider performs what the name implies; The LHC is a series of loops that uses electric fields to speed hydrogen protons, an example of a hadron, to 99.9999991% the speed of light. The LHC then collides the particles in detector experiments, such as ATLAS and ALICE, that collect data. Scientists at CERN then analyze the collected data in hopes of finding data that resembles the predicted data of a Higgs Boson. 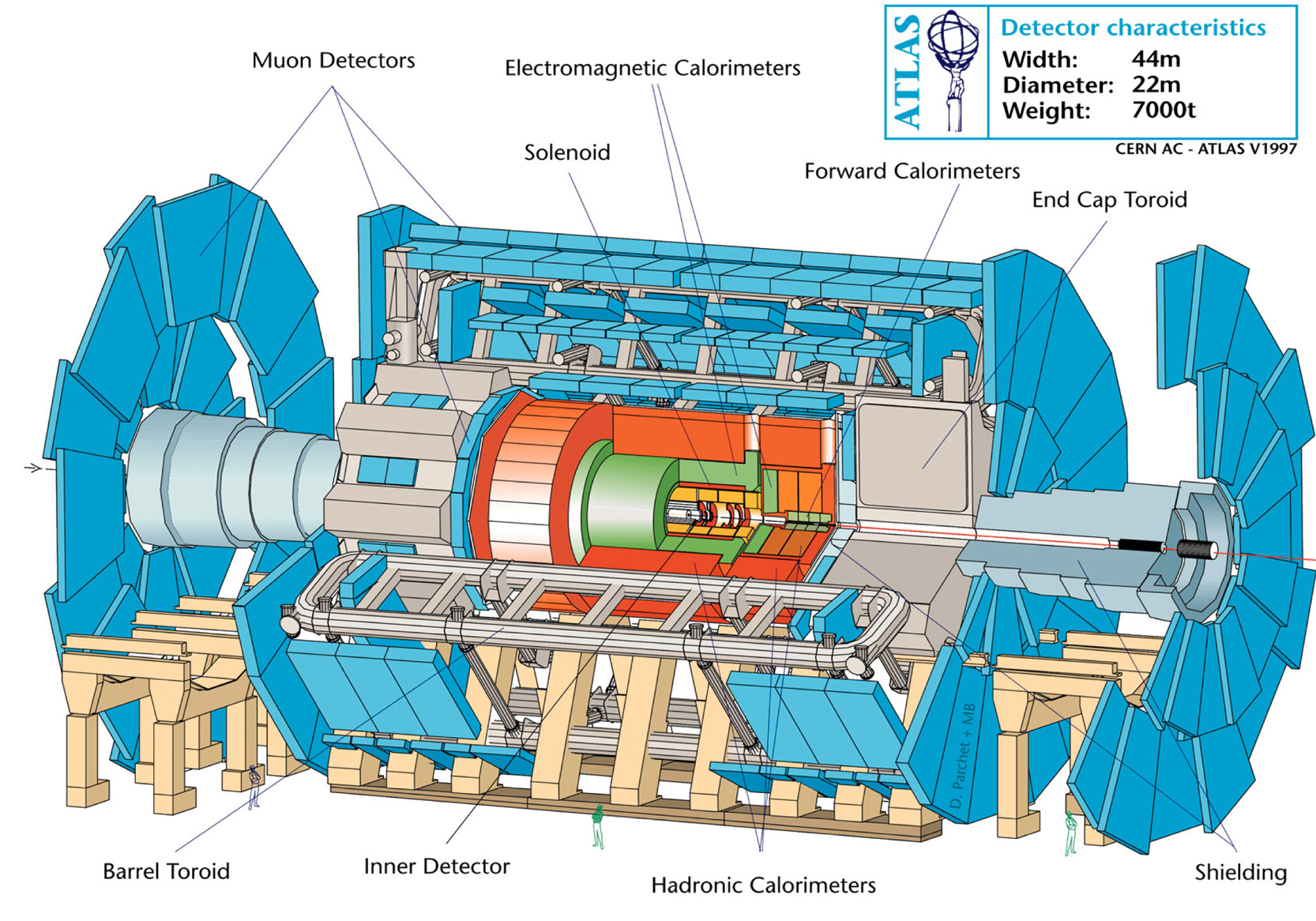 The significance of the discovery of the Higgs Boson proves the existence of the Higgs field, and the Standard Model of particle physics. The Standard Model of particle physics is a theory concerning the weak nuclear force, strong nuclear force, and the electromagnetic force, and how these fundamental forces govern the dynamics of subatomic particles, like leptons, bosons, and quarks.