Just an thought about the overall paper before I dive into the nugget. The term symbiosis confused me a bit, in my mind, from a biological standpoint, symbiosis is a mutually beneficial bond between two living things. So the man-computer symbiosis seems to suggest that the computer is a living thing that will somehow benefit from this relationship, (maybe I’m just weary of the thought of artificial intelligence  because I watched The Matrix at age 8).

“For real-time interaction on a truly symbiotic level, however, a vocabulary of about 2000 words, e.g., 1000 words of something like basic English and 1000 technical terms, would probably be required. That constitutes a challenging problem. In the consensus of acousticians and linguists, construction of a recognizer of 2000 words cannot be accomplished now. However, there are several organizations that would happily undertake to develop an automatic recognize for such a vocabulary on a five-year basis. They would stipulate that the speech be clear speech, dictation style, without unusual accent.” – J. C. R. Licklider

The reason the idea of communication with computers intrigued me so much was because I recently watched a movie called The Machine. 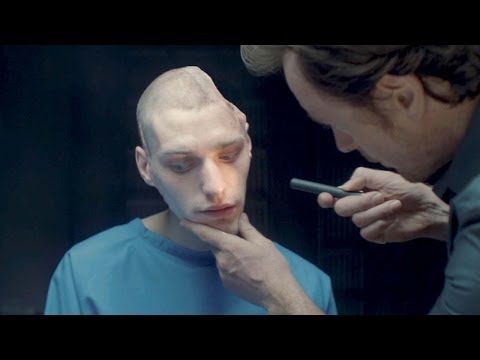 In this movie the government is funding research on  repairing the human brain with artificial intelligence, to replace what was lost (and of course the evil government hopes they will be fighting machines later, but there has to be an antagonist in every movie). The people who had been “fixed” eventually were unable to speak to normal people, but throughout the movie you see them communicating with each other. Finally, at the end of the movie you find out that they way they communicate with each other is actually a new, way more efficient language, that they all learned on their own. So this got me thinking about how outdated our language is, but how evolved it is as well.

Try to read this Old English:

Language is constantly evolving. Even today, when a new slang word starts to get used and is eventually accepted as common language, language evolves. So if this “symbiotic” relationship is to proceed, I think that us humans need to upgrade our language game. No more multiple languages, no more ridiculous grammar rules. What if there was some ultimate, universal language? That was much simpler and faster than the languages we speak today. A language much more like a computer would “think”. Then this communication between man and computer would be easily achieved based on some simple set of rules this language uses.