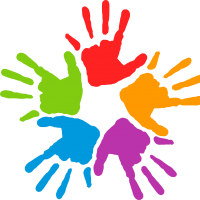 My file would not download properly so I just used the picture of it.

4.5 The student will investigate and understand how plants and animals, including humans, in an ecosystem interact with one another and with the nonliving components in the ecosystem. Key concepts include a) plant and animal adaptations; b) organization of populations, communities, and ecosystems and how they interrelate; c) flow of energy through food webs; d) habitats and niches; e) changes in an organism’s niche at various stages in its life cycle; and f) influences of human activity on ecosystems.

I would focus my lesson around the Science  4.5 SOL that talks about niches, habitats, and environments./ecosystems.

Creation: I would divide my class into small groups and together they would decide on a assign each group an animal.  They would research their animal to learn about their habitat. They would work together to think about what makes up a specific habitat and have them 3D print a habit and the different components that make up the specific habitat. They would have to think about the big elements such as the animals that live it in, to the trees, down to the small things that grow.

Iteration: Students can create and recreate in this step. They can “fail” and try again. Through Tinkercad, they can design their element that they want to put in their habitat and print it out to see what adjustments need to be made.

Sharing: Sharing will happen when the group goes to present what they made to the class. They will teach the class about their habitat and explain what makes up that habitat. The digital files would also be saved on Tinkercad so their work would be saved.