Flight Lines is a computer vision project that monitors the sky not just for customary birds and planes, but rapidly multiplying drones and increasingly frequent extreme weather events. Emerging from an interest in the ecology of the Anthropocene, Flight Lines is an effort to document the skies as they are today, with the knowledge that they are rapidly evolving and have variable characteristics in different locations at different times.

Irons and Phiffer have created a network of cameras across New York City. Each camera location has its own particular ’sky signature’ that is revealed through algorithmic processing, which would otherwise remain invisible. As you watch, your computer renders the videos into a series of silhouetted frames that trace the arcs of objects that move through them; birds, trash, flying machines. The paths generated by this process are its “flight lines.”

Watch the sky, or leave your browser window open while you attend to other tasks. Either way, you will accumulate hours of processed footage that will provide Irons and Phiffer with material for a series of paintings and videos that respond to this aerial ecology.

Flight Lines is a 2015 commission of New Radio and Performing Arts, Inc. for its Turbulence.org website. It was made possible with funding from the Jerome Foundation.

Ellie Irons is an interdisciplinary artist and educator based in Brooklyn, NY. She works in a variety of media, from walks to WIFI to gardening, to reveal how human and nonhuman lives intertwine with other earth systems. Recently she has been an artist in residence at the Rocky Mountain Biological Laboratory and the Institute for Electronic Arts at Alfred University.

Recent exhibition venues include Wave Hill, the Queens Botanical Garden, Pioneer Works and the Center for Strategic Art and Agriculture in New York City, Flora Arts and Nature in Bogotá, Colombia, and garden projects at Sure We Can, a redemption center in Bushwick, and 1067 PacificPeople, an art center in Crown Heights. Her recent writing is published in Feral Research, Landscape Architecture Futures, and the Brooklyn Rail.

Ellie teaches part time at the City College of New York and Brown University. She studied Environmental Science and Art at Scripps College in Los Angeles and received her MFA from Hunter College, CUNY.

Dan Phiffer is a new media hacker from California, interested in exploring the cultural dimension of inexpensive communications networks such as voice telephony and the Internet. Dan is currently a fellow at Columbia’s Tow Center of Digital Journalism, and has had projects exhibited at the Museum of Modern Art, MoMA PS1, and SFMOMA.

Ellie and Dan have collaborated on a variety of projects over the last ten years, including work with the collaborative group Future Archaeology and individual pieces ranging from public sculptural installations to web sites. They share an interest in the intertwining of technology, ecology, and public access to information.

Turbulence.org Commission: How to Look at Artist Networks by Angie Waller, with Jonathan Butterick:

How to Look at Artist Networks allows you to search 60,280 names in the Google Knowledge Graph to see if they are more closely connected to Marcel Duchamp or Pablo Picasso. Fame has muddied their differences, but not too long ago Duchamp and Picasso signified two distinct strains of artistic practice. Pointing to the two of them as the progenitors of all modern/post-modern art can introduce amusing, and hopefully enlightening, associations: for instance, you might find yourself contemplating the similarities between Sarah Palin’s and Duchamp’s practices.

How to Look at Artist Networks is a 2015 commission of New Radio and Performing Arts, Inc. for its Turbulence.org website. It was made possible with funds from the Jerome Foundation.

Angie Waller investigates collective longings that endure society’s technological advances. Her work combines data mining techniques and analog materials. Her research series, “Unknown Unknowns” (titled after a Donald Rumsfeld tautology), uses databases of web search engine traffic to uncover questions that one may have never thought to ask oneself. Included in this series is an eponymous email newsletter, a growing volume of auto-generated romance novels entitled “Love Unknown,” and text-based works on paper. Angie received her B.F.A. from The School of the Art Institute of Chicago and M.F.A. from the University of California, Los Angeles. Her work has exhibited in museums, festivals and galleries internationally.

Peace! … I want you to know about new work. Your insight and any references you suggest I explore, are invaluable to my process of planning and actualization. Thank you in advance.

Krewe Coumbite is a sonic instrument of study in Black and Indigenous Diasporas ecology and vernacular rhythms documented from 1940s til current. The work focuses specifically on vernacular of cultural musings expressed in: noise, chants, stories, lullabies, narratives around naming, Cultural sayings/proverbs/recipes, and in working-class rituals such as public transit, migration, service work, and in community gatherings.

Startup support/funding for the work comes in partnership with Turbulence.org to create an interactive web portal. And with Harvestworks to research, document, and archive this idea of Black Sound. Some conceptual elements i am including are: GIS mapping, audiovisual gaming, algorithmic patterns, literary worldbuilding, sound remixing, and live performance.

My aim with this work is to produce a signature sound that carries the resonance of Black and Indigenous transcontinental movement and activism. Using the oral/aural algorithms of “passing it on” and “repetition is the mother of learning” as tools. I’m working with both original sound recordings, and stuff i’ve scavenged from the internet of sound produced from public marches, rallies, speeches, and viral videos. With remixing, I want this work to embody the cultural wisdoms of the Indigenous and Black Diasporas. Of particular interest to me are the articulations of Black and Brown working class individuals, community groups, and multi dialect/multi lingual freedom fighters.

Who should i talk with?

What archives(public & private) should i visit?

Are there historical and contemporary sonic nuances you feel must be included to contextualize th Black Sound and/or Cultural Wisdom?

Black is not a color. Black is an attitude – James Brown.

Worldbuilding is the process of constructing an imaginary world, sometimes associated with a whole fictional universe. The term “world building” appeared as early as 1965 in science fiction criticism, and is used in relation to science-fiction or fantasy stories and games. The resulting world may be called a constructed world. Developing an imaginary setting with coherent qualities such as a history, geography, and ecology is a key task for many science fiction or fantasy writers. Worldbuilding often involves the creation of maps, a backstory, and people for the world. Constructed worlds can enrich the backstory and history of fictional works, and it is not uncommon for authors to revise their constructed worlds while completing its associated work. Constructed worlds can be created for personal amusement and mental exercise, or for specific creative endeavors such as novels, video games, or role-playing games.

An informal definition for Algorithm could be “a set of rules that precisely defines a sequence of operations.”

text_ocean is an experiment in random access reading and text visualization, using Herman Melville’s notoriously impenetrable whalefishery epic Moby Dick as source material. Selections of the text are blown apart and become a dynamic sea of words, animated according to grammatical function. The user “reads” the text by ‘hooking’ and releasing words and, in the process, disconnects them from their original lines. Thus Moby Dick is slowly, randomly rewritten by the user, word by word, as she reads.

text_ocean is a 2015 commission of New Radio and Performing Arts, Inc. for its Turbulence.org website. It was made possible with funds from the National Endowment for the Arts.

Zannah Marsh is a Brooklyn-based artist, designer, educator, and programmer with an interest in narrative data and collaborative storytelling. She has taught multimedia art and design at New York University, the New School, and in the City University of New York system. Zannah was a resident researcher at NYU’s Interactive Telecommunications Program, and she’s interned with the Creative Systems Group at Microsoft Research and with Area/Code Games in New York City. She also worked as an exhibit developer at the Museum of Science in Boston, producing internationally-traveling interactive exhibits. She has a MPS from NYU’s Interactive Telecommunications Program (2009), and a BFA from the School of the Museum of Fine Arts in Boston (2000). 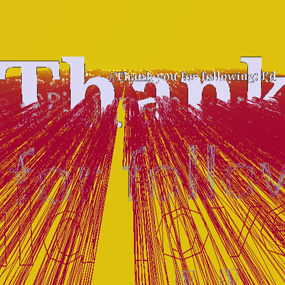 We cannot predict whom we will fall in love with, where s/he will be from, or in what language we will hear words that stir our emotions and excite us to our core. Poetry In Motion appropriates real time tweets about love from http://twitter.com and — by using semantic analysis algorithms — generates an endless, variable poem based on random choices made by each reader’s computer. Thus, Poetry In Motion relies on global telecommunications networks and social groups to crowdsource poetry and reveals all the love in the world at any given moment.

Making Love: Poetry In Motion is a 2015 commission of New Radio and Performing Arts, Inc. for its Turbulence.org website. It was made possible with funding from the Jerome Foundation, now celebrating 50 years of the creative spirit of emerging artists.

Founded in 2006, OMTA is the artistic collaboration of international new-media artists Omer and Tal Golan. OMTA has exhibited in many countries including continuous representation at the Bloomfield Science Museum in Jerusalem and Tel Aviv Museum of Art; and active participation in London and New York art galleries and features. OMTA collaborators are associate members of the Leonardo/International Society for the Arts, Sciences and Technology; current contributors to university curricula internationally; and have worked in cooperation with Google, Art-Link, and other companies. As forerunners in innovative multi- and inter-disciplinary research, OMTA creates artistic displays that encourage viewer participation, in order to conduct studies regarding human interaction, digital mediation, body image, and social awareness. 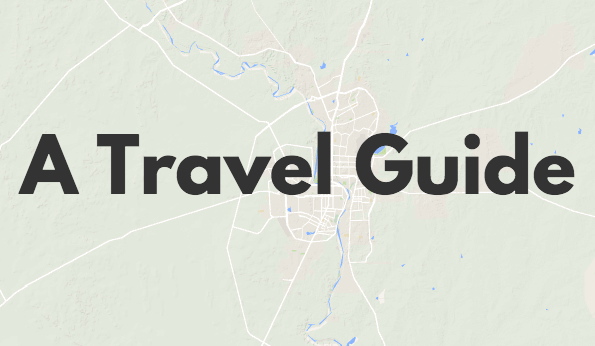 Turbulence.org Commission: A Travel Guide by Allison Parrish [Enable/Allow Geolocation in your browser, or not]:

A Travel Guide is a web-based, location-based, mobile-centric application for randomly creating short, poetic texts in the style of the travel guide. A Travel Guide has as its goal to give its visitors an alternate reading of place, through the serendipitous juxtaposition of their current location with evocative procedural text.

A Travel Guide is a 2015 commission of New Radio and Performing Arts, Inc. for its Turbulence.org website. It was made possible with funding from the Jerome Foundation, now celebrating 50 years of the creative spirit of emerging artists.

Allison Parrish is a computer programmer, poet, educator and game designer who lives in Brooklyn, New York. Her teaching and practice address the unusual phenomena that blossom when language and computers meet. Allison is currently the Digital Creative Writer-in-Residence at Fordham University and an adjunct professor/”something-in-residence” at NYU’s Interactive Telecommunications Program, where she teaches a course on writing computer programs that generate poetry.