For this presentation, Ralph Borland tells the story of the project to date, from buying cheap Chinese electronic toys in urban markets in Sao Paulo and hacking them into wire work toys for the Harare International Festival of the Arts in Zimbabwe, to designing custom electronics to activate the ideas of wire work artists on the streets of Cape Town. Ralph describes the ideas informing the project, which seeks to recover basic principles of mechanics and computing: from identifying topological ethnomathematics in the approach wire workers take to creating forms, to looking at the history of automotons - taking in figures such as Al Jazari, the 12th century Islamic inventor whose work is thought to have influenced Leonardo da Vinci.

This event was hosted by Professor Linda Doyle, Director of CONNECT / CTVR and Professor of Engineering and the Arts at Trinity College.

Taking the form of a high-altitude weather balloon, tiny embedded computer and RF equipment, The Deep Sweep project is being developed to function as a low-cost, aerial signal-intelligence (SIGINT) platform. Intended for assembly and deployment by public, it enables surveying and studying the vast and often secretive world of signal in our skies. Two launches have been performed so far, from sites in Germany, landing in Poland and Belarus respectively. 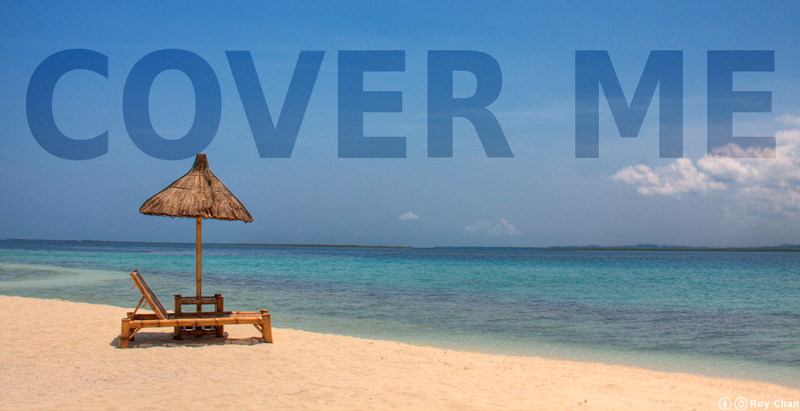 COVER ME is a gallery of Creative Commons licensed photographs found on Flickr that the artist transformed into data containers for distributing Snowden files. Using a method known as as steganography, the artist embedded the volatile data into images matching the search queries ‘island getaway’ and ‘beach paradise’, without visibly changing their appearance. Here, the act of sharing comforting, tranquil images helps to counterbalance the bleakness and anxiety enshrouding clandestine leaks while broadening the potential for redistribution.

With ignorance as a robust excuse, the images can be safely shared among colleagues at work, uploaded back to Flickr or used as a desktop background while crossing borders. At any given point a leak can be conveniently and privately extracted from the image onto a personal computer using a free and open-source software program developed by the artist.

Julian Oliver is a New Zealander, Critical Engineer and artist based in Berlin. His work and lectures have been presented at many museums, galleries, international electronic-art events and conferences, including the Tate Modern, Transmediale, the Chaos Computer Congress, Ars Electronica, FILE and the Japan Media Arts Festival. Julian has received several awards, most notably the distinguished Golden Nica at Prix Ars Electronica 2011 for the project Newstweek (with Daniil Vasiliev).

Link Cabinet is a single web page hosting solo shows where artists exhibit a single, site-specific artwork. Conceived as a white and neutral exhibition space with an essential interface, Link Cabinet is a blank space that will be transformed by the works on display. After the show, the projects won’t be available on the site anymore. Link Cabinet is a project by Matteo Cremonesi for the Link Art Center.

The Link Center for the Arts of the Information Age (Link Art Center) is a no-profit organization promoting artistic research with new technologies and critical reflections on the core issues of the information age: it organizes exhibitions, events, conferences and workshops, publishes books, forges partnerships with private and institutional partners and networks with similar organizations worldwide.

The Link Art Center is proudly part of Masters & Servers. Networked Culture in the Post-Digital Age, a European adventure focused on a new generation of digital interventionism, awarded with a Creative Europe 2014 – 2020 grant. Up to August 2016, Masters & Servers will explore networked culture in the post-digital age.