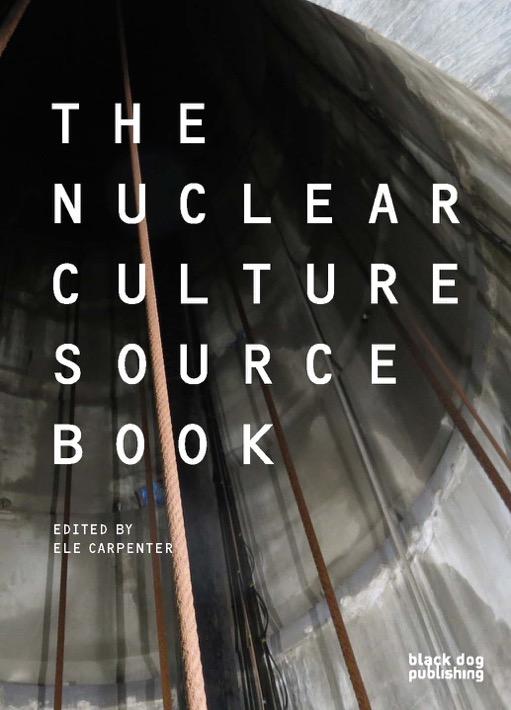 On amazon USA and UK.

Black Dog Publishing writes: The Nuclear Culture Source Book is a resource and introduction to nuclear culture, one of the most urgent themes within contemporary art and society, charting the ways in which art and philosophy contribute to a cultural understanding of the nuclear. The book brings together contemporary art and ideas investigating the nuclear Anthropocene, nuclear sites and materiality, along with important questions of radiological inheritance, nuclear modernity and the philosophical concept of radiation as a hyperobject.

This book was published at the end of last year. 5 years after the Fukushima disaster. 30 years after Chernobyl. Even Fukushima sounds like a distant memory now but if we start to think in terms of nuclear deep time (where the safety of the storage of radioactive waste underground has to be guaranteed for the next hundreds of thousands of years if not far more), it actually happened less than a micro second ago. 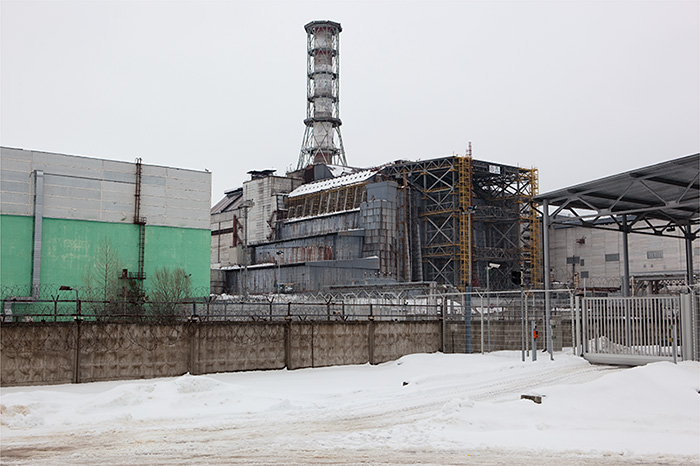 The Nuclear Culture Source Book contains artworks and essays that attempt to respond to the current nuclear age. This is an age characterized by an environment made radiological by the Chernobyl and Fukushima accidents. But also by the long term effects of the fallout from weapon testing and the thorny issue of long-term storage and occasional leaking of nuclear waste repositories. Add to the picture, a vast infrastructure involving mining, energy production, waste transport, etc.

How do we take responsibility for high-level waste that has to be kept safe from earthquakes, climate change, volcanic activity and container corrosion for up to one million years? Is this even possible? Do we risk forgetting this nuclear background when its vast timescale exceeds our own understanding of time? When radiation cannot be perceived directly by our human senses? Will we ever stopped being haunted by a threat that remains invisible, odourless, silent?

This book illustrates the role of art in creating a visual sensory framework that helps us grapple with nuclear culture. It also demonstrates that there are ways to approach, debate and articulate the many political, aesthetical and social issues surrounding a phenomenon that eclipses our standard notions of time, materiality and danger. 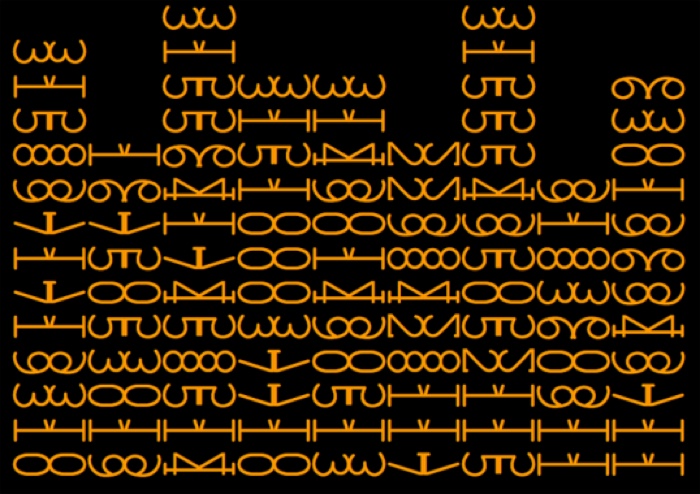 The Nuclear Culture Source Book accompanies the exhibition Perpetual Uncertainty at the Bildmuseet in Umea, Sweden, but it offers far more than your usual exhibition catalogue. It presents more artworks than the exhibition does and it contains outstanding essays. I was particularly fascinated by a text in which artist and writer Susan Schuppli so eloquently exposes facts i had never heard about such as the spontaneous nuclear fission of an uranium deposit in Gabon two billion years ago or Sweden’s role in forcing the Soviet Union to officially announce the Chernobyl disaster.

Dark nuclear times have suddenly been brought back to our minds now that there’s an obtuse and raving lunatic in control of the U.S. nuclear weapons arsenal. A book like The Nuclear Culture Source Book is not going to make us feel better about the future of the world but it might at least enable us to face it with a better informed and clearer head. I highly recommend that you browse the publication if you get a chance. It’s only January but i’m already pretty sure that this one is going to be among my favourite books of 2017.

A quick run through some of the works i discovered in the book: 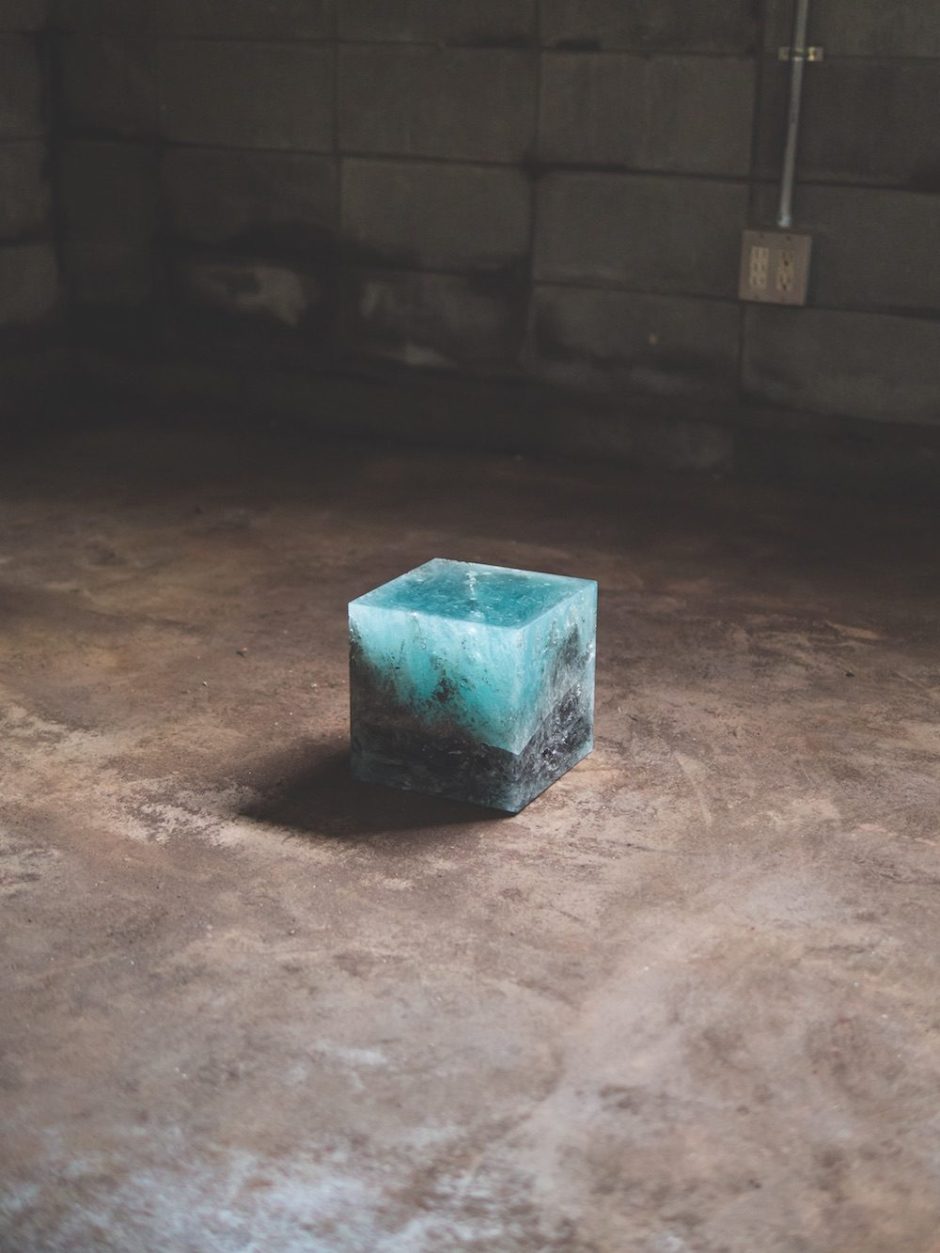 Trevor Paglen’s Trinity Cube brings together two key moments in the nuclear age. The Fukushima disaster and the early experiments of nuclear weapons. The outer layer of this jewel-like cube is made of irradiated broken glass collected from inside the Fukushima Exclusion Zone. The inner core of the sculpture is made out of Trinitite, the mineral created on 16 July, 1945 when the U.S. exploded the world’s first atomic bomb in New Mexico, heating the desert’s surface to the point where it sand turned into glass.

The cube can be found inside the Fukushima Exclusion Zone as part of the Don’t Follow the Wind project. The artwork will be viewable by the public when the Exclusion Zone opens again, anytime between 3 and 30,000 years from the present.

Isao Hashimoto made a simple but strikingly disturbing time-lapse animation of the 2,053 nuclear explosions on earth between 1945 and 1998, beginning with the Manhattan Project’s “Trinity” test near Los Alamos and concluding with Pakistan’s nuclear tests in May 1998. The video leaves out all tests since 1998. 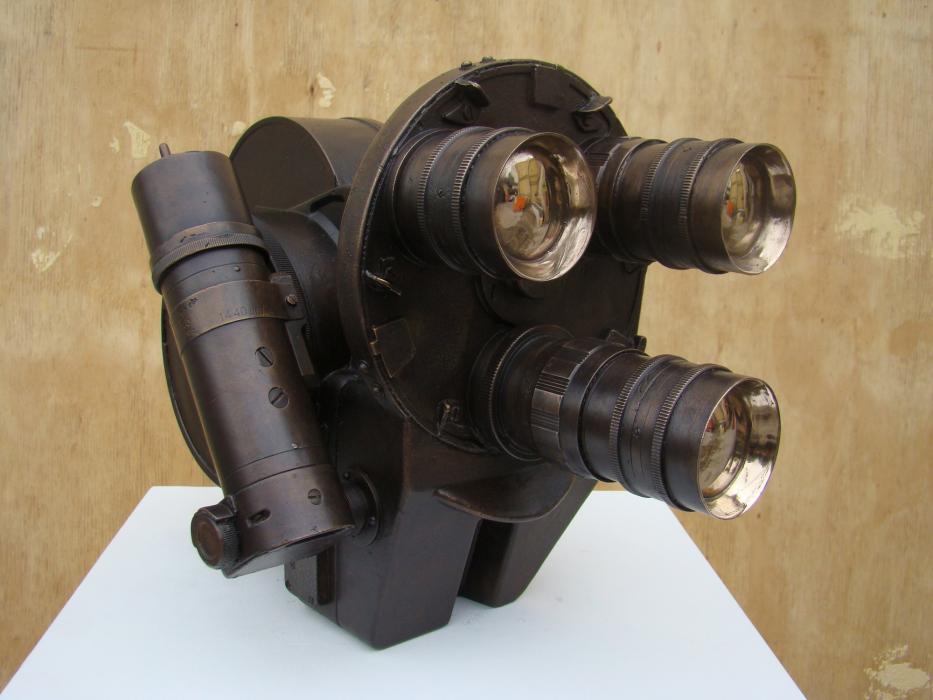 The Toxic Camera is inspired by the film Chernobyl: A Chronicle of Difficult Weeks made by Vladimir Shevchenko in the days immediately following the accident. The film crew was the first in the disaster zone following the meltdown of the power plant on April 26, 1986. They shot continuously for more than 3 months, documenting the disaster’s impact on the local population and the cleanup efforts. Radiation levels were so high that parts of the film were marked with white blotches from radiation. Shevchenko died from radiation exposure before the film was released. As for his 35mm Konvas Avtomat camera, it was so highly radioactive that it had to be buried on the outskirts of Kiev.

The Wilsons’ film explores interconnecting stories from interviews conducted with Chernobyl survivors and with Shevchenko’s colleagues, 25 years after the incident. 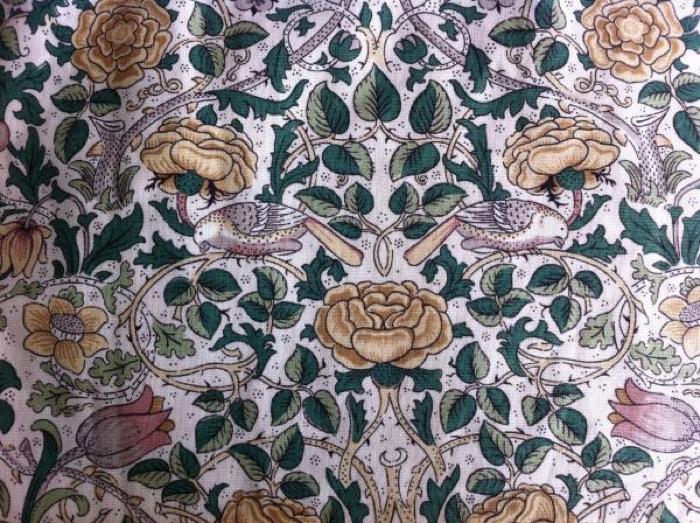 The Morris & Co company’s ‘Strawberry Thief’ fabric was used to upholster British Nuclear Submarines from the early 1960s to the mid-1990s.
It seems that, like many other Victorian manufacturers, Morris & Co produced wallpapers rich in pigments such as locally mined arsenic green. However, due to the action of damp mould, the wallpapers emit poisonous gases which made the occupants of houses ill. William Morris apparently refused to believe that this was the case, and only reluctantly gave up producing such wallpapers. 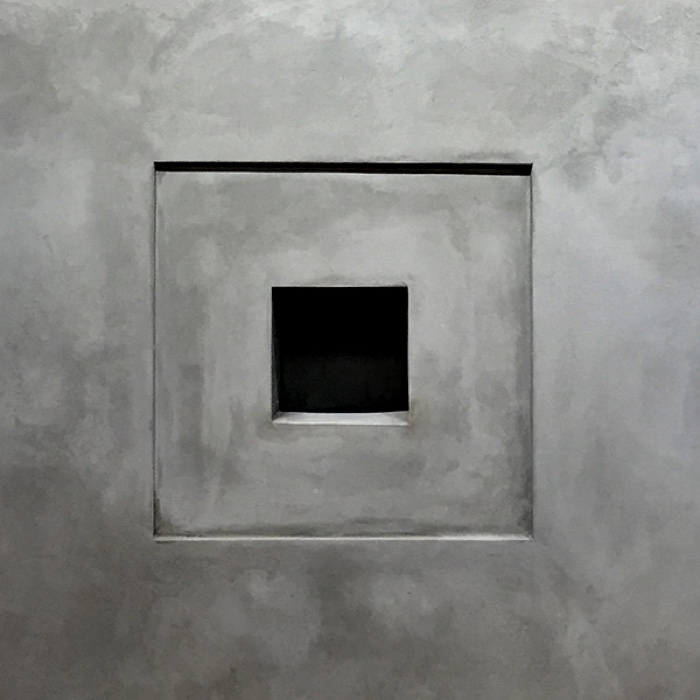 In the year 3015, a black square made from vitrified nuclear waste will occupy a now empty space in at Garage Museum of Contemporary Art in Moscow. The nuclear waste is made of organic liquids, inorganic liquids, slurries, and chemical dusts from a nuclear plant in Kursk as well as from pharmaceutical and chemical plants in the greater Moscow region. Through a process of vitrification, radioactive waste will be compacted and solidified into a mass resembling polished black glass. This mass is currently stored in a concrete reinforced steel container, within a holding chamber surrounded by clay-rich soil, at the Radon nuclear waste disposal plant in Sergiev Posad, 72 km northeast of Moscow. It will remain there until its radioactive properties have lowered to levels deemed safe for human exposure. Cast within the black square is also a cylindrical steel capsule containing a letter to the future written by Taryn Simon.

The work is part of the Black Square series, a collection of objects, documents, and individuals within a black field that has precisely the same measurements as Kazimir Malevich’s 1915 painting of the same name. 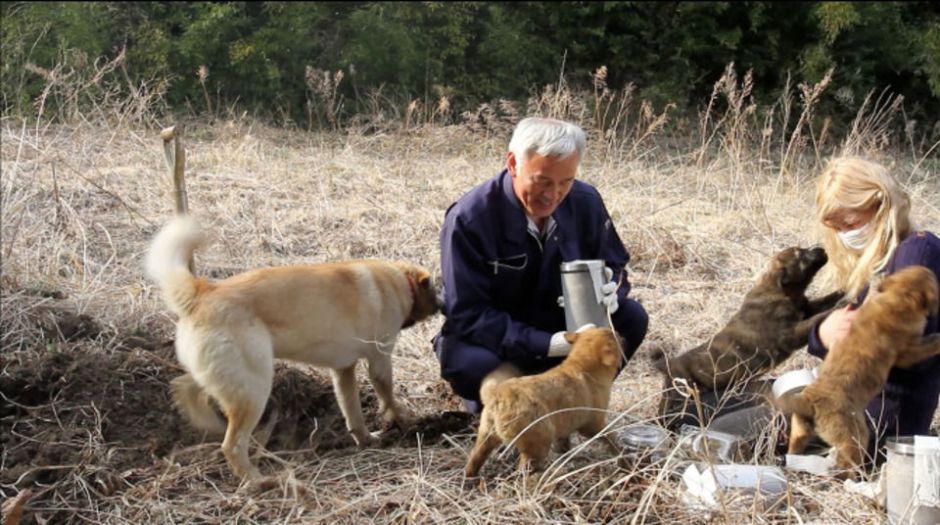 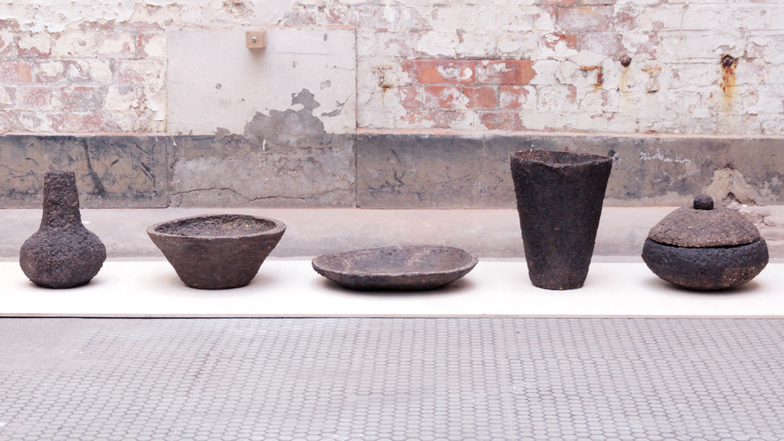 Hilda Hellström, The Materiality of a Natural Disaster

Hilda Hellstrom, The Materiality of a Natural Disaster

Hilda Hellström’s The Materiality of a Natural Disaster is a set of radioactive food kitchen artifacts made from soil and clay taken from the exclusion zone surrounding the Daiichi nuclear power plants in Fukushima, Japan. The objects are irradiated, but within “allowable” levels. Hellström collected the irradiated soil with Naoto Matsumura, a former rice farmer and the last resident living inside the exclusion zone. The pots are accompanied by a video that documents Naoto Matsumura’s daily routine. He lives without water nor electricity on his land that won’t be farmable for at least thirty years. 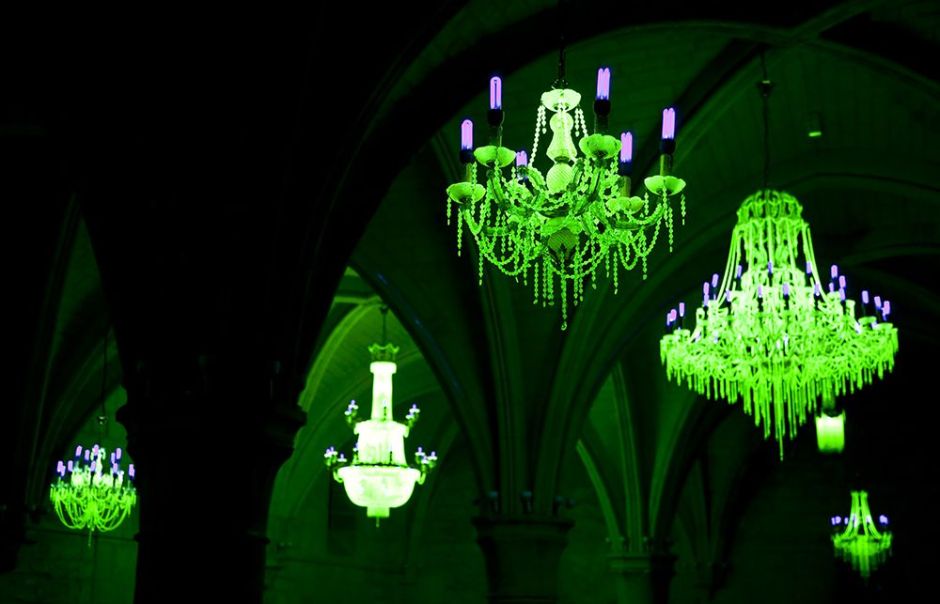 Ken + Julia Yonetani, Crystal Palace, 2013. The Great Exhibition of the Works of Industry of all Nuclear Nations

Crystal Palace is comprised of 31 chandeliers, as many as there are nuclear nations in the world. The size of each chandelier reflects the number of operating nuclear plants in that nation. Antique chandelier frames have been refitted with uranium glass and UV lighting. Once switched on, the UV bulbs cause the glass beads to glow with an eerie green. The title of the work references the grandiose building designed for the Great Exhibition of 1851 in London, alluding to human ambition, technological development and the costs and consequences that inevitably accompany them. 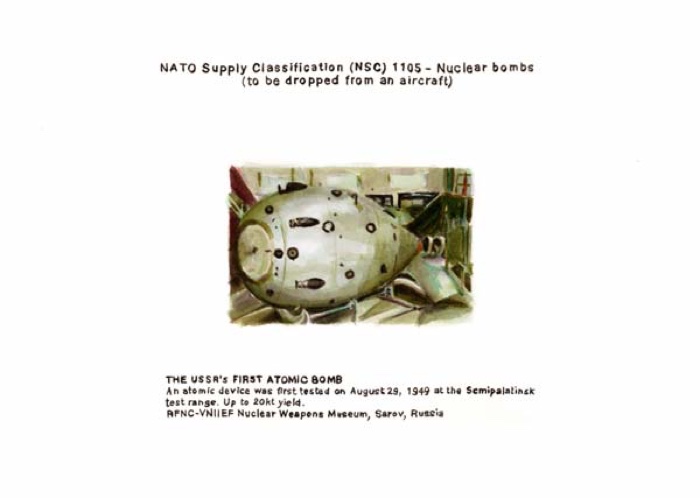 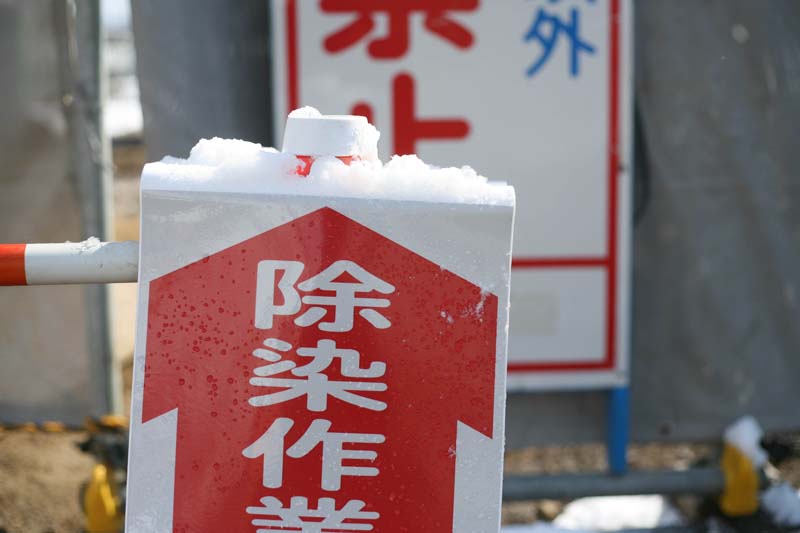 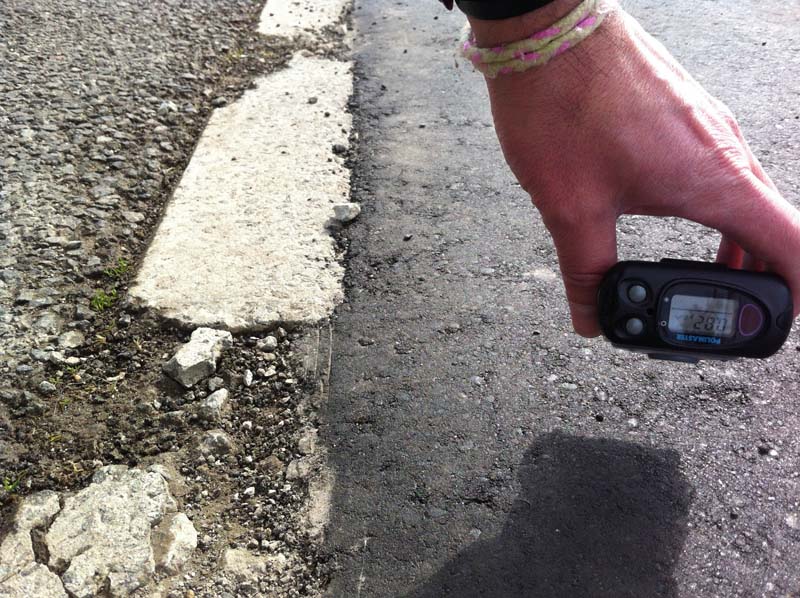 Shuji Akagi’s Fukushima Traces chronicles the city’s decontamination process and life after the tsunami. His visual diary and annotations reveal governmental billboards of encouragement to the population, contaminated soil from playgrounds and sports fields dug up and covered with blue tarpaulin, trees stripped bare to remove contaminated leaves and branches, cracks on the road, etc.

In the book of the project, Akagi writes: “I would like to record as much of what happened within the sphere of my everyday life. No matter how the media would cover the shining city-scape in the glow of recovery, I want to document the lingering scars of my surroundings.” 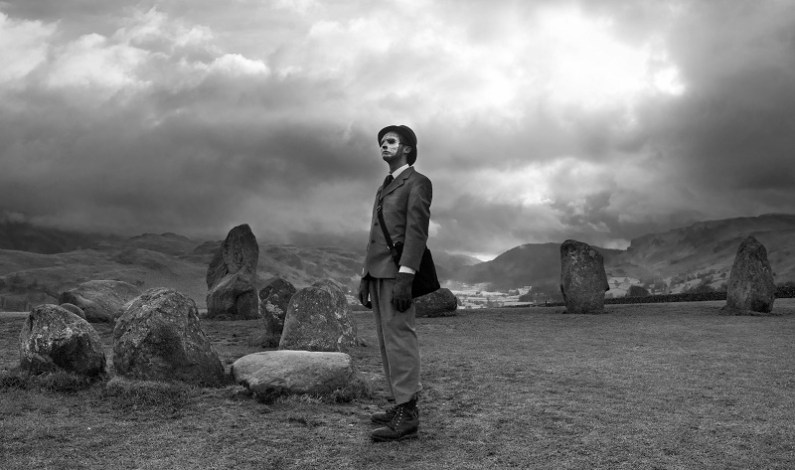 Cumbrian Alchemy, by Brian McGovern Wilson and Robert Williams, explores the connections between the nuclear industry of the Energy Coast in Cumbria and Lancashire and the archaeology and folklore of the region. The performance in the photo above was inspired by Thomas Sebeok‘s proposal in 1984 that an Atomic Priesthood of physicists, anthropologists, semioticians and other experts could be effective in communicating information over vast expanses of time. 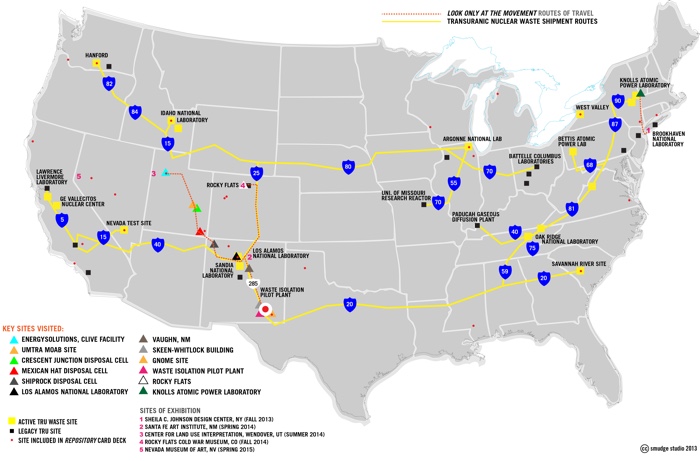 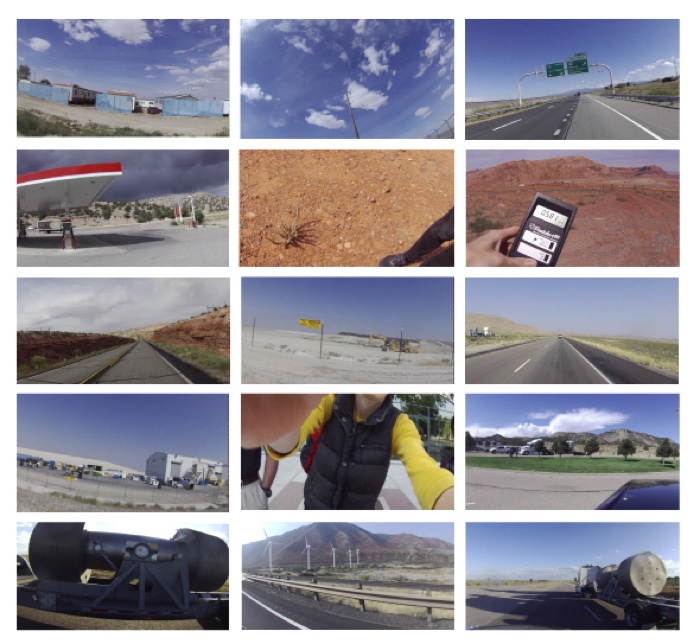 In 2012, Elizabeth Ellsworth and Jamie Kruse from smudge studio followed the routes along which nuclear waste is moved in the American West from sites of waste generation to disposal stations. Equipped with a car-mounted video camera, they documented storage infrastructures and engineered landscapes such as the Los Alamos National Laboratory in New Mexico, where nuclear weapons research is conducted; the former site of a plutonium plant in Colorado; the Department of Energy’s TRANSCOM in Carlsbad, New Mexico, which monitors, 24/7 and via satellite, the transportation of nuclear waste in trucks; the uranium tailings disposal cell at Mexican Hat in Utah and the Waste Isolation Pilot Plant in New Mexico, America’s only deep geologic repository where nuclear waste is buried 1,250 feet below the surface in a salt dome, etc.

Look Only at the Movement exposes the encounters of two worlds that seem to ignore each other: the travelers on the American Highway and the network of nuclear waste transport, disposal cells, and sites of remediation. It also demonstrates how the movement of nuclear waste through public spaces is (and will long continue to be) a condition of contemporary life, landscape, and infrastructure design. Yet, citizens, architects, and engineers have virtually no models for how to design and maintain infrastructures capable of safely containing nuclear materials for the millions of years required by their potency.

The exhibition Perpetual Uncertainty is at the Bildmuseet in Umea (Sweden) until 16 April 2017.

Included in the exhibition: Inheritance, a precious heirloom made of gold and radioactive stones.