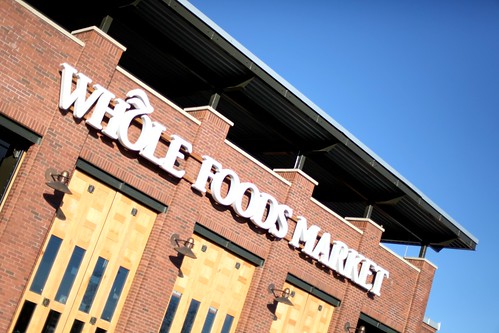 http://www.huffingtonpost.com/2014/07/10/whole-foods-inequality_n_5515432.html
1) Why did you find this resource interesting?
I thought this article was interesting because it explains how class inequality is hurting Whole Foods, and the only way for Whole Foods to survive is to succumb to the demands of the consumers (lower prices). Whole Foods was one of the first grocery stores to sell organic food items. As a result, they were able to jack their prices up and shopping there was considered to be part of an “aspirational” lifestyle.
2) How can it be understood sociologically?
Whole foods expanded their chain into middle class neighborhoods where the price-conscious customers live. As a result of class inequality, those consumers did not want to/ can not afford to pay the high prices at Whole Foods. Other grocery stores, such as Trader Joe’s and Kroger, started selling organic foods at a lower price. Those grocery stores ultimately attracted the consumers who wanted to eat healthy but couldn’t afford Whole Food’s prices. As a result, Whole Foods was forced to reduce its prices to keep up with the other grocery stores. This is a good example that shows how wealthier people in the United States eat healthier mainly because they can afford to. Conversely, people “with lower incomes are less likely to adopt healthy eating habits; in part because they are less likely to live near grocery stores that offer fresh fruits and veggies (pg 230).” As a result, class inequality ultimately creates food inequality among individuals. In addition, this class inequality influences how much power this organization (Whole Foods) has. Food inequality is seen even outside of whole foods. For example, some individuals can’t even afford healthy fresh foods in general. This results in poor eating habits and eventually could lead to health problems. Furthermore, through macro-level social interactions, other grocery stores began competing with Whole Foods by selling organic food items at reduced prices. The demand of the consumers essentially influenced what these grocery store chains will sell and at what price. The other grocery stores eventually out competed Whole Foods for now.
Submitted by Ashley Cimino