The Complexity of Title IX in Higher Education

Title IX has served multiple purposes since it was first passed in 1972. In its origination, the statue was utilized as a tool to help foster diversity and access for women seeking employment within higher education. It then took on college athletic regulations, which is the most notable frame of the regulation. However, as we moved into the 1990s and present day, title IX has been utilized to prevent and adjudicate cases of sexual harassment and violence. There are many concerns with this regulation, starting with its expansive reach across many subjects. With the regulation having great breadth, it is nearly impossible to cover each topic to the extent needed. This ambiguity leads to inconsistency in practice across institutions. Secondly, with each change in federal administration, there have been changes in guidance outlining how Title IX should be interpreted and enforced. The politicizing of the regulation ultimately puts equal protection and non-discrimination protection at risk for students.

The Office for Civil Rights evaluates Title IX compliance. Schools out of compliance have the possibility of losing funding from the federal government under the Department of Education, which enforces Title IX. Under the Biden administration, Secretary Cardona has been charged with evaluating current regulations handed down during Secretary DeVos’ tenure with the Department of Education. I would advise Secretary Cardona to review Title IX by topic subsection since the statute is so expansive.

As we learned via course material, regulations regarding athletics do little to ensure equal rights based on gender. While the addition of the three-prong rule in 1979 was an attempt to add further clarification to already vague language, this did little to ensure equity. According to the regulation, it was discouraged for an institution to disband a male team to have the ability to bring about additional opportunities for female students. Additionally, Title IX allowed open discrimination by limiting female students’ chance to try out for certain contact sports and not requiring scholarship dollars to be allocated equally between genders.

Beyond athletics, Title IX also addresses sexual harassment. During the review on this specific topic of Title IX, Secretary Cardona should ensure a thorough examination of the implications of Secretary DeVos’ guidelines for institutions to follow during hearings of sexual misconduct. Critics of DeVos’ policies say that more rights are given to the accused party than the accuser. Also, Universities are now taking steps to dismiss cases or find in favor of the respondent to minimize the OCR’s scrutiny and avoid litigation from the accuser.

Overall, there are certainly opportunities for improvement with Title IX. Unfortunately, in its current form, the regulation is too broad to serve its intended purpose and has also been weaponized for political gain. 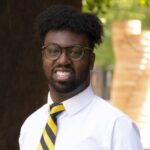