Ancient Greco-Roman coinage is commonly known for its intricate beauty using various styles from many artists. As Greco-Roman history is taught even in areas outside of Europe, the coinage is one of the main factors that informs people of Greco-Roman myths and the identity of such a rich country, including its cultural practices, prominent leaders, and international relations. The Virginia Museum of Fine Arts in Richmond, Virginia has a vast collection of Ancient Greco-Roman artifacts dating back to the 4th millennium BC. The collection is one of the largest in the East Coast ranging over 5,000 years of human history. As an examiner walking through the collection, it is not far-fetched to assume that coinage mattered very much to the Greeks and Romans. Everything from the type of metal used, which was mainly silver and occasionally gold, to the weight of the coins was important. Different city-states carried certain designs which were eventually used for centuries and became instantly recognizable because of the constant repetition throughout the years. Athens commonly used the owl of Athena on their coins; Syracuse would portray Arethusa (a nymph, or in other words a spirit of nature who fled her home emerging as a fresh water fountain in Syracuse) with dolphins swimming alongside her; Corinth’s coins depicted Pegasus, the famous winged horse of Greek mythology. The coins displayed at the VMFA showed some of the most important Greco-Roman coin designs; this included pictures of Pegasus, the quadriga, and Romulus and Remus.

Among many Ancient Greek coins that were unearthed, the image of Pegasus is very popular. Pegasus was sprang from the neck of Medusa who was cursed to be ugly by Athena after making the goddess angry. In Greek mythology, the king of Corinth, who was named Bellerophon, tamed Pegasus, which is why Pegasus is a key figure on the coins of Corinth and its colonies even to this day. Pegasus’ picture was also paired with another image. Because of Corinth’s powerful seaport, Pegasus would often be paired with a representation of Poseidon on the other side, often his trident. The image of Athena was also commonly paired with Pegasus. She is often depicted wearing a helmet; Athena played an important role in the creation of Pegasus since she was the one who cursed Medusa before she died and Pegasus sprang from her neck. She also took part in taming Pegasus as she was the one who gave Bellerophon a gold bridle, which was meant to be used for Pegasus. Also a goddess, while Aphrodite did not play a big role with Pegasus, she, along with the winged-horse, was an icon for Corinth. Hence, Aphrodite coin was almost always paired with Pegasus’ image on the other side. Aphrodite, the goddess of love, had a temple dedicated to her in Corinth called the Temple of Aphrodite, and it left quite the reputation for Corinth among all the city-states. From different written texts, such as from the writer Strabo, the temple reportedly hosted a great number of prostitutes in honor of the goddess. The temple’s massive popularity from all over the world contributed to Corinth’s wealth. Corinth’s coins portrayed images that represented its reputation. WIth images of Pegasus, Corinth also commemorated its mythological history.

Unlike the image of Pegasus, the quadriga was represented on coinage from many areas, both Greek and Roman. “Quadriga” is the Greek word for four-horse chariot; its image was first introduced in Greece. Usually well-known artists began coin design. The VMFA’s collection includes a depiction of a quadriga coin designed by the artist Euainetos. He was the first artist to begin to foreshorten images to coin design; on Euainetos’ VMFA coin, the quadriga is shown in the center of the coin taking up most of the space while underneath the chariot is Nike, the goddess of victory, crowning the charioteer. The quadriga was such a common symbol used by many Greco-Roman city-states because it stood for a general message that everyone could resonate with: victory. As the symbol of a quadriga moved to Rome, Romans began referring to those coins as quadrigae. After many years, the name evolved into Victoriatus because of what the quadriga stood for. While the symbol of Pegasus had much of the same images paired with it, the images paired with the quadriga were often left up to the individual magistrate. Each magistrate would place a particular god or goddess who he favored worshipping the most. Together the two images on each coin would represent religion and patriotism: the two themes that were most important to the ancient people and arguably to people today too.

Many Roman coinage symbols derived from Greek coinage, but the one Roman symbol that is strictly only on Roman coins is the story of Romulus and Remus. According to Roman mythology, twin brothers Romulus and Remus, also children of the god Mars, were sent off to the wild when they were infants by the king where the brothers lived at that time. They were found by a she-wolf who raised them as her children. When they grew older, they found a new city, but they both wanted to place the city on a different hill than the other. The brothers began a huge fight with each other, and eventually Remus was killed by Romulus. Romulus made himself king of the new city and named it “Rome” after himself. The VMFA displays two coins of Romulus and Remus: the Coin of Gallienus and Denarius (a type of Greco-Roman coin) of St. Pompeius Faustulus. The foreshortened version of the Romulus and Remus story was depicted on the coins as the she-wolf suckling the twins. The other side of the Denarius of St. Pompeius Faustulus portrays the head of Roma, a personified version of Rome. Roma appears in many ways on Roman coins. Some coins show Roma holding the spear of the enemies she conquered, an analogy for when Romulus kidnapped people from the neighboring Sabines and brought them to Rome. Being the only symbol not inspired by Greek mythology, the “wolf and twins” icon’s purpose is not that different from the quadriga’s purpose of patriotism.

These coins, along with the others from the Ancient Greco-Roman collection, all held a great importance to Ancient Greco-Roman mythology. Even though there is not much evidence of the reality of the myths, they provided the foundation for the grounds the people of that time were standing on. It is important to represent where it all was believed to have started. When I was walking through the collection, I did not see these images on the coins as meaningful until I researched these coins. I was looking at these artifacts thinking that this was how life was like back then without the technology we have now. It is interesting how when we walk through historical museums, we often do not acknowledge the meaning of the objects at first glance. The purpose of these coins at that time was not only to use it as currency, but to also to never forget Greco-Roman history. The myths were embedded into the newer times through the designs on the coins. The value of these coins now is much less about its currency value and more about how little Ancient Greco-Roman coins there are now. These coins were from thousands of years ago, and because of that, these coins are rare to find and are now being sold for hundreds of dollars, in contrast to back then when each coin was worth a couple dollars.

Corinth, Coins and the Cult of Aphrodite. PDF. (n.d.).

Welch, B. (2011, January 16). Romulus and Remus, Founders of Rome. Retrieved from https://www.forumancientcoins.com/moonmoth/reverse_romulus.html.

Welch, B. (2013, February 17). The Winged Horse Pegasus on Ancient Coins. Retrieved from https://www.forumancientcoins.com/moonmoth/pegasos_coins.html. 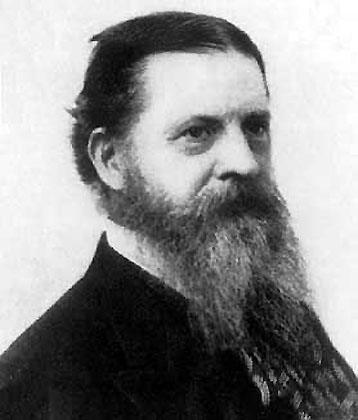 Deities and Letterforms in the Semiotics of Greco-Roman Art