Japan has a unique artistic style. And the details that are put into an artwork is phenomenal. The artworks are curated in many museums because of such distinctive work. Especially in the Edo period, where most of the time Japan was isolated by the policy, their style developed. Personally, Japanese artwork has something that is appealing. It has a settled and serene frame of mind that gives me a sentimental feeling. Thus, the work they have created are influential and deeply tied to their culture. Woodblock print was a popular medium in Japan. In fact, the woodblock printing method originated in China, where they have produced prints of Buddhist texts and Chinese political philosophy. Back in time, people could only print in monochromatic. Therefore, this method was mainly used for reproducing texts and not images. However, Japan has come up with a way to press multiple woodblocks on a single paper, where they can print polychromatic called Nishiki-e. Eventually, they took that new method and incorporated it with an artistic style called Ukiyo, which means “floating world.” Ukiyo is a style that depicts a scene of daily life that everyone can empathize with. For instance, the image above is a scene of Kinkakuji Temple in snow. Kinkakuji Temple is a Zen temple that has a lot of history inside. The owner of the temple is shogun Ashikaga Yoshimitsu, a military dictator during the Muromachi period. He built the temple in 1397 but then in 1467, it burns down from the Onin War. Later that year, once again, it burns down for the second time in 1950. The image was printed in 1922, where they captured the scene before the second burn down. The artwork is valuable on this day because the scene will never be replicated since the temple was rebuilt. Also, it is interesting to see how peaceful the scene is. People now can learn the story after, but in people back then would have never imagined. In other words, the message we get is more ironical and valuable, then the people back then. Personally, I have been to the Kinkakuji Temple once in my lifetime. And when I saw the artwork, I had the feeling of nostalgia. Moreover, I believe that it has a strong notion from the creator through this soothing scene. The image above is a scroll painting called the Descent of Amitabha Trinity. The painting depicts Amitabha descending from heaven to greet the souls of devotees as they came to the Pure Land (VMFA). The word, Pure Land, comes from the Buddhist tradition, Pure Land Buddhism. Pure Land Buddhism is one of the most practiced traditions in Japan. In fact, Buddhism influenced and developed Japanese society back then and today. So, it has a strong cultural connection in the work. Li Jian, VMFA’s E. Rhodes and Leona B. Carpenter curator of East Asian art, talked about the importance of the work. She said, “The painting not only visually illustrates the Pure Land teaching, but also reflects its strong impact on people’s spiritual lives in 14th-century Japan” (VMFA). Regardless of how people make meaning, there was a huge impact on people at that time. And most people today would not get the same empathize. Personally, I have no knowledge about Buddhism, hence, I look at the artwork rather than looking for the meaning behind it. Notwithstanding, there is much information that can be captured. First, the image contains three figures all looking in the same direction, which informs the audience about the action that the figure is taking. In addition, there is a clear hierarchy in the image; look at the size and the placement of each figure. The figure in the middle is bigger and placed higher than the other two, which suggests the main figure in this view. Lastly, the material and form that they used are also important for giving the audience the message. This artwork uses gold and silk that were valuable back then. It shows the care and worth that the creator put into this work as well. Even though the work was painted hundreds of years ago, it still exists with a different interpretation. “Mask represents age, gender and social ranking of human or nonhuman being like animal, demon or divine” (history of masks). A mask a useful object to hide identity. However, there is more meaning behind using a mask in Japan. This is a Noh Mask, which was used for plays and performance back in 17th century Japan. It was used to emphasize facial expression through body movement to elaborate the audience’s imagination of a play. There were over 60 types of Noh mask back then, but now it has over 200 kinds of masks in use. The significance of this mask in Japan was that the mask has spiritual power; it is told that people who wear the mask can inherit the power. So, back in time, every 60 types of masks had different powers. Above all, the concept of the mask was developed in the Muromachi period (1392 -1573). Until the Muromachi period, a mask had a strong religious connotation. It was at the Muromachi period where a mask started to steer into the idea of human characteristics. The image above is called Chujo, which used to portray a handsome and sophisticated nobleman. Nevertheless, the significance of this mask is the structure. The mask is made that when the mask is seen in a different angle the facial expression changes. If the mask is upward, it will get more light, which makes the mask smiling. If the mask is downward, it will not get light, which makes the mask look more sad or mad. It is an interesting way to change the meaning of the mask through performance and the environment. It was mesmerizing that a single mask can create multiple effects through different uses. Personally, I never knew the mask had different uses. Since the display was static, I could never see the different facial expressions.  However, the expression in the image above was indescribable; it is nor sad or happy. It was hard to tell the meaning or a message looking at the object. So, what I focused on more is the idea of creating a mask. The first thing that came up in my mind is identity. I believe that wearing a mask means vanishing your own existence. And it heavily connects with the idea of having a spiritual power inside a mask. After all, the mask is valuable because it has such a deep meaning behind it.

While I was researching these three artworks, I learned different communication methods that I have discovered. Some are appealing to emotion, which is a very private and unexplainable experience between the artwork and an audience. Another one is the transformation of the message where meaning can change though certain conditions. As a matter of fact, I believe value is created through interaction. And I learned the values of these artworks by going to the museum and see the actual work in front. 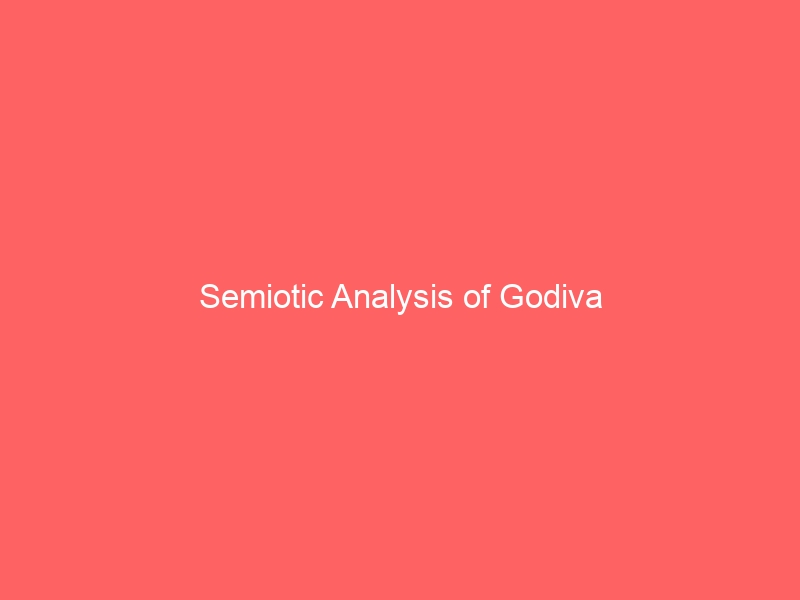 The semiotics of lou lou boutique