Everyone has social media–through the different social media platforms, you can reach thousands of people. Social media has an influence on our behavior whether you want to or not. For the few people that don’t have social media, they are still impacted by the digital media that is floating everywhere. Something new is always trending.

We as graphic designers have a significant role in influencing people’s behavior. With the use of social media, it is easier than ever to put information out there. People often think that the main source of people’s ignorance and lack of action is due to their lack of education. While that is partly the reason, educating people is not enough. In creating a successful design to influence action, it is not only important to educate, but to create an impact.

One of the most successful videos that created an impact on people was a short video of Christine Figgener and their team removing a plastic straw from a sea turtle’s nose. The video was shared on youtube and quickly became viral. It started on youtube, but was quickly shared on other popular platforms such as twitter, instagram, and facebook. The video reached over 31 million views. It created such a lasting impact people that it sparked the straw trend.

Popular companies, such as starbucks, hopped on the trend and have now implemented a strawless lid. Stores everywhere started selling these cute metal straws. Metal straws can be found in coffee shops and boba places. There were ads all over social media trying to sell these reusable straws. Figgener and their team never expected the video to create such a great impact on the world. While Figgener is happy with people’s actions, she also highlights the fact that plastic straws account for such a small percentage of all the plastic in the ocean. She says, “straws are just a start; they make up only 4% of the 9 million tons of annual plastic pollution that washes into the world’s oceans and shorelines.”

As the straw trend arose, designers played a huge role in making reusable straws appealing to consumers. Good design draws people to buy things. I remember last year, I would get constant ads on my instagram for these foldable straws.

In Monica Pearson’s article, “Discouraging the use of single use plastics through graphic design,” she highlights the significance of creating a personal connection with viewers. While this article did not talk about the sea turtle video, it definitely drew significant connections to it.

A significant quote Pearson says, “if people do not believe they will be personally affected by plastic pollution, they are less likely to cease their behavior of using plastics.” She discusses how people are disconnected from the plastic problem since it does not directly affect them, and believes that graphic design is essential to not only inform, but influence people to change their behavior.

Even though some people are informed, why do people still result to the unsustainable options, such as, plastic bags, utensils, containers, bottles, etc.? Single use plastics are convenient. Single use plastics save time. People are so caught up on the idea that we do not have time, but we have plenty of it. When packing lunch it is easier to use plastic bags and single use utensils.You do not have to worry about cleaning anything when it can just be thrown away. Instead of bringing reusable bags, stores supply them.

Not having to worry about it later, is a harmful mindset to have. That single use plastic takes on another life, a destructful, harmful one. But we can be lazy. It is inconvenient to use a container and reusable utensils because you have to worry about washing them every time you use them. Again, because people place such a high value on their time, they value things that are convenient. But want to know what else people value? Money.

While avoiding single use plastics can feel inconvenient, in the long run it is more cost effective and better for the environment. People are sacrificing their money for the convenience.

Aldi’s is a good example of promoting sustainable behavior. Plastic bags are not provided, customers have to pay for them. It is only about 10 cents. However, people do not want to sacrifice their money, so they bring in reusable bags. If we applied this in other aspects of our lives, we would be saving more money. You just have to invest in stuff once instead of constantly buying things you are just gonna throw away. A reusable water bottle could last you so long instead of a bunch of plastic bottles. There’s also reusable containers instead of buying a bunch of sandwich bags. There are so many options available it is easy to take action.

My favorite poster designed by them was the sushi rolls made with plastic. It demonstrates how our carelessness can create a negative effect on us. In their posters pertaining to cigarette butts, it highlights the idea of how humans have harmed other living beings, which drew me back to the sea turtle video. It creates an emotional connection to the viewer. The movie poster for a documentary about single use plastics called, “Straws,” had a successful design because it used a movie that everyone knows. Jaws is a popular horror movie and using that for the straws poster was successful because it instills fear in the viewer. It highlights the dangers of single use plastics. It also makes it memorable by using something we are familiar with.This documentary even includes an interview with Christine Figgener, the marine biologist, and Jackie Nunez, founder of the Last Plastic Straw. The Last Plastic Straw, an organization that also goes against single use plastics, has powerful designs. With their posters, they illustrate the amount of waste we create with plastic straws–using statistics and imagery. It creates relatable content by using things we are familiar with. In using the Earth and the Stadium in these posters, it emphasizes the massive amount of plastic waste.

Another impactful project was done by 3 students at the National Taiwan University of Arts. In their project, they took water from 100 different waterways in Taiwan and created popsicles out of them–preserving them with polyester resin. They created pretty packaging to make a contrast with the dangerous problem. I think of the packaging as a symbol for people’s ignorance because they don’t think about the harm they create. It is similar to the approach the Surfrider Foundation had with their plastic wrapped sushi. Then there is design that creates harm. Most people are familiar with H&M’s sustainability campaign. H&M has spent thousands and thousands of dollars putting out their sustainable ads. In every H&M store, there are donations bins and people get a 15% off coupon to shop at H&M when they bring in their clothing. But guess what? Sustainability and H&M just do not go together. H&M is a fast fashion industry, which is extremely unsustainable. Fast fashion promotes the idea of buying more and throwing things away. Clothing is normally outsourced from less developed countries, which produces a lot of CO2 emissions from the long distances the clothing needs to travel. Fast fashion industry also forces lower class communities to work for unfair wages in unfair working conditions–making it unsustainable for the environment and human life. In an interview done with the head of sustainability at H&M, it was revealed that only .1% of clothing is recycled into new material. In the end, H&M is a clothing company and they are just using the “sustainable” trend to sell their products.

As designers, it is our role to promote positive behavior through impactful design. This is not limited to environmental issues. There are so many issues in the world. We all care about something. The designs we create can make a huge difference.

Discouraging the use of single use plastics through Graphic Design Strategies 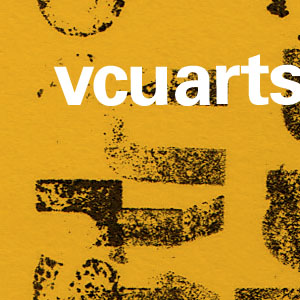 Minorities in the Music Industry