Museums in some form have been with humanity for a very long time. They are a place for study and reflection. They are spaces for communities. In the modern era, they have a history of being run or started or funded by rich people, so there is a kind of class related self selection that affects public perception of museums. Secondly, museum culture and art practices have often been perceived as distant from popular culture, such that it is possible for us to speak of an “arts establishment” that has access to specialized language to which “the rest of us” don’t have access.

Now, is there specialized language in contemporary art? Yes, yes there is. Any discipline or subject of study will, over time, develop its own terms and patterns of reflection. People get “pwned” in video games. A critical question surrounding musicals is whether the singing is “diagetic.” The fact of specialized language isn’t an indication of some fundamental problem with contemporary art. Specialized vocabulary is either the result of the need to make distinctions within a field of inquiry, or as shorthand for big concepts that everyone already accepts, or in order to build new ways of thinking about things.

Now, in order to get a grip on what this whole art thing is about, we had a look at the basic outlines of its history. We can see that there is a pre-modern phase, then a modern phase, then a postmodern or contemporary phase of museum related art-making. Within these great epochs are particular art movements, schools of thought, and famous or revolutionary artists. Knowing this helps us to locate particular art when we see it. With enough practice, we might be able to recognize the art movement, or the tradition of which the artist is a part, or maybe just the style. That is a good starting point. After all, hard core metal fans can distinguish between death metal and black metal.

Quick quiz. Knowing what you know, what epoch do you think this art is from?: 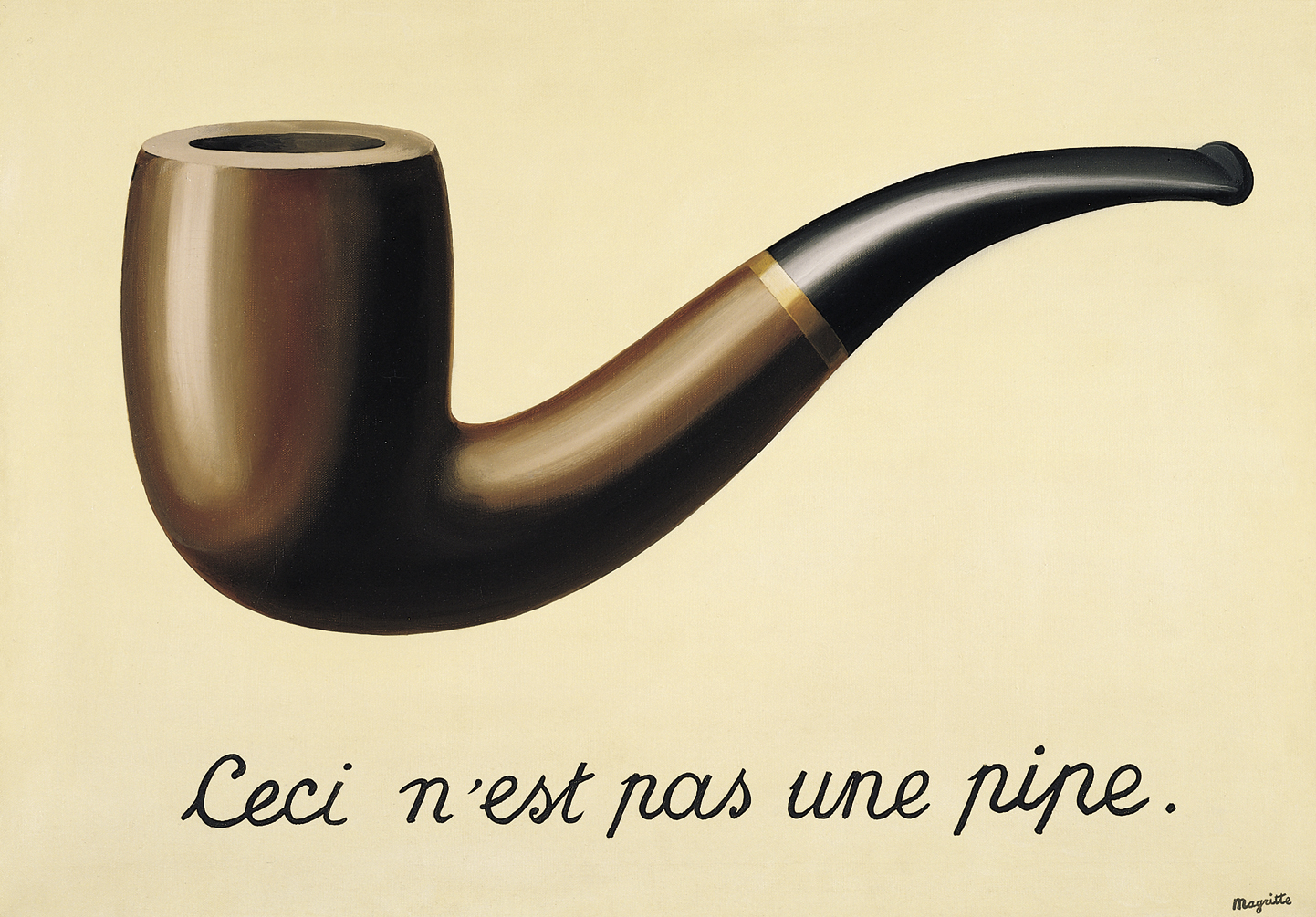 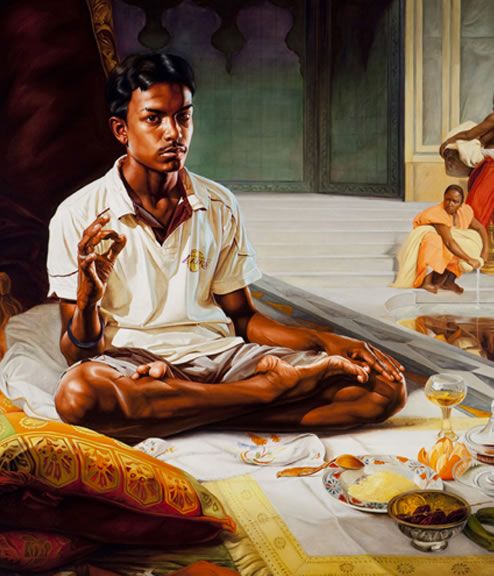 (In order:  Premodern, Modern, Contemporary.  Now, the last one is contemporary even though it looks like it is just pre-modern Orientalism, because it is done in the style of the Orientalists, but was made in the present age and sits outside of the context in which the original Orientalist art appeared. It is essentially the Stranger Things of art, since Stranger things isn’t 80s TV, but a show that remembers 80s TV.) This painting, du Nouÿ’s “White Slave,” is one inspiration for Wiley’s work.

But being able to recognize the style of art, or what period that style existed is not all there is to art. We also need to get acquainted with the ideas that motivate and are reflected in art. This is why we spoke of mimesis, why we watched videos and read about authenticity. For us, here in the age of contemporary art, the ideas are everything. And this is why we are going to spend a little bit of time looking at some of these ideas. The more versed we are in ways of thinking about art, and the ideas at the heart of some art movements from across history, the more we will get out of our trip to the museum.

So, here is what I think of as the order of thinking when one is trying to get close to the big ideas of art:

Let’s have a look at some big ideas in art, see what we can learn.

Hour 10: Beauty and the Sublime.

Back in the premodern days, when art was representational and was mostly drawn by dudes who liked nudes, it was fairly easy to think about art as mostly a matter of aesthetic judgements. A philosopher by the name of Immanuel Kant thought that he would develop a theory of aesthetic judgments. Let’s peep a few videos.

Skip to the 30 second mark.

Great. Let’s get a little more serious. Read this article, which is a kind of response essay to a effort on the part of some art critics to revive the pursuit of Beauty in Contemporary art. This article is cool because it helps us understand how the beautiful fell out of favor in the era of modern art, and also nods a bit to the relation of beauty to politics. I have highlighted the good parts.

EXTRA: This article in which many artists answer the question “What is Art or Beauty”

We have a basic way of looking at the world that says that pornography is not art. (Just read this garbage.) As such, it is the kind of thing that can be filtered in the parental controls on an internet browser. However, in most cases you could still use that browser to look up paintings of Picasso’s blue period. In which case, you would find something like this. 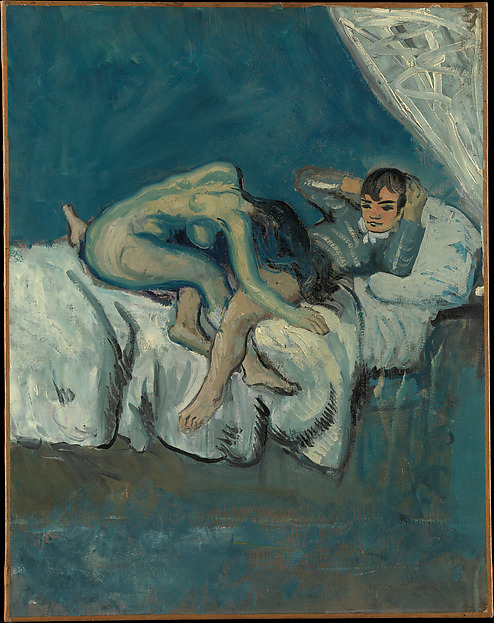 One possible answer to the question is that, actually, this image too, was perhaps seen as pornographic, and that our way of looking at artistic works as worthy of public view is conditioned by our present understanding of Picasso as a famous artist. Picasso himself claimed that he actually did not paint the painting, the artistic equivalent of deleting one’s browser history. It’s strange, because this is the dude who is all about placing sexuality into his work.

We should also consider Egon Schiele.

Lastly, there is the saga of one of the paintings of Gustav Courbet. L’Origine du monde. Whereas few would claim that Schiele’s work is pornographic today,  du monde continues incite controversy. As you just read in the wiki post, it was censored by Facebook. Twice, apparently. Another artwork that imitated the painting was removed from its exhibition. But perhaps the most curious case involving the painting was the case of Deborah de Robertis.

Consider the duality present here. In her unsanctioned performance, she sits in front of a painting whose depiction she “mirrors” with her own body. But in doing this, the museum administration (and definitely the museum guards) view her as obscene and in poor taste. Though, of course, they don’t view the painting itself as obscene and in poor taste. This is a kind of paradox, one that will likely not be resolved to anyone’s satisfaction anytime soon.

You have already heard this claim a couple times in class so far. But it is important to repeat this, as there are many out there who like to claim that their art is beyond politics, or that they don’t want to deal with political stuff, they just want to watch a nice movie, or just listen to a song and why does everyone have to take everything so seriously!?! Sorry, no. To put simply, anything that is impacted by, or impacts the social world, is political. In its very existence are implicit claims about the social order, the status quo, the about what the world should be like. I present to you a bunch of links that drive home the point.

Art is by Definition Political.

Check this out: Gartenfeld claims that even abstract art is political.

A Toni Morrison quote on art and politics.

One last one from Mark Vallen.

Do you cats get the point yet? Or do you need to hear about Transformers again? It’s an example that I keep bringing up because for most it seems that there is nothing of any political interest to be said about these blockbuster monstrosities. They are “mindless” entertainment, and therefore we should see it as being apolitical. The entire point of the foregoing is to demonstrate that there is no such thing as mindless entertainment.

“Media criticism is not here to shame you for what you like … But rather to help give us the tools to question the media we consume, and the culture that created it.” –Lindsay Ellis.

I think we can say something similar about our awareness of the inherent political nature of art. The point of recognizing this isn’t to ruin our fun, or our capacity for self exploration through art, or even our experience of beauty. It is to get a better notion of the role that art plays in our lives and the power that it has to change us and the world. Crucially, only by recognizing the link between art and politics can we comprehend art on the spectrum of human activity.