According to German Philosopher Jurgen Habermas, the public sphere is the middle ground between the state and the people. This neutral space according to Habermas is an integral part of democracy. Individuals within this space (primarily physical) come together as a public to openly discuss matters of public concern, which in turn forms a public opinion. This space is open to all and does not matter on characteristics such as class and ideally is universally accessible to all. This is how the public sphere thrives. According to Habermas, the public sphere is weakening due to the power of the public which now includes powerful organizations. These organizations have influence. This influence works against the public sphere by infusing political agenda and commercial power via the media that biases the public’s debate and ultimately the public’s opinion (Introduction to Sociology, 2016b). 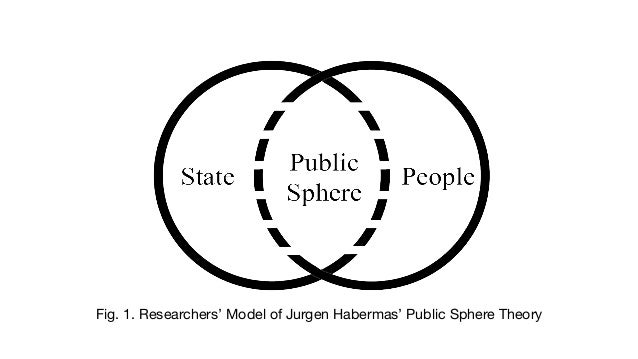 One of the reasons the public sphere is fighting to survive is because of the rise of technology and specifically communication technology in a digital age. Socialized communication based on internet networks is what Manuel Castells (2008) refers to as the “Network Society”. This network society is becoming the new public sphere. Societal debate according to Castells has shifted from a national to a global communication of networks and from a physical space to an internet and wireless space. The difference in a network society is that the social networks are driven by electronic communication which he considers “democracy in action”. This new society of information flows can use the internet to disrupt the power dynamics (Introduction to Sociology, 2016a).

As mentioned earlier, public discourse and shared opinions has shifted from a physical to a virtual interconnected network. This shift has created a change in the way information is shared from a linear to a non-linear hyperconnected and pervasive public sphere. This has made for a new set “rules” in which information is shared, how much an individual has access to information, and the amount of knowledge one if able to gain (Complexity Labs, 2017). The below YouTube video is an amazing insight into the evolution towards the information revolution that Castells speaks of. It really put into perspective just how much our networks and communication has shifted and how influence spreads and an individual’s prominence within a network is gained.

Since we can virtually be in several places at the same time, what implications does this new form of social organization hold? One of shifts we have already seen taken form is through the educational system. Online courses for both higher education and k-12 education especially in the United States has seen a societal shift to online learning. Exchange of information through virtual classrooms, blogs, and even social media has shifted the way educators teach and students learn. The access of remote learning has been a benefit to students who work full-time jobs or live in rural areas. However, are we sacrificing learning for convenience? It depends on the level of engagement that both the teacher and the learner bring. This can be said for both the physical meeting space and the virtual meeting space. Whether we are choosing to engage in on-ground learning or online, we still have access to our teachers 24/7 as learners. This communication happens via email, telephone, or even social media platforms. This information revolution has and will continue to shape many other forms of our society such as government, health, and national relations. These changes are neither good nor bad, they are just the “new normal” of our everyday lives as humans. These complex relationships embedded within society are creating new social institutions that will continue to shape and reform our current political economy and the world as we know it. 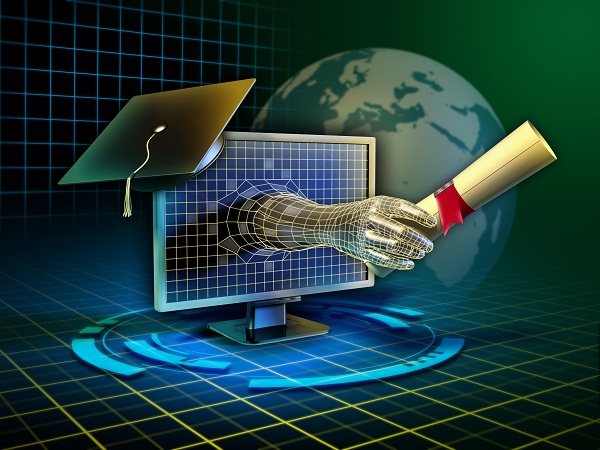 and Global Governance. The Annals of the American Academy of Political and Social

Introduction to Sociology. (2016a). Castells and the Network Society. YouTube. Retrieved from:

Introduction to Sociology. (2016b). Habermas & the Public Sphere. YouTube. Retrieved from: https://www.youtube.com/watch?v=1PzTyNe4tP4

Did you know that shared leadership amongst a team has been found to be positively related to more cohesive teams? Also, that more cohesive teams have been found to have greater team performance (Mathieu, Kukenberger, D’Innocenzo, & Reilly, 2015)? Team cohesion and team dynamics has been a long interest of sport and org. theory researchers interested in investigating what is needed for teams to reach optimal performance levels. This semester for the Social Network Analysis (SNA) class, we are tasked with conducting a research project to apply the skills we have been learning throughout this semester. I am excited to begin this venture as an SNA researcher!

Before explaining my project let me explain some of the research on team cohesion and group dynamics. Carter, DeChurch, Braun, and Contractor (2015) offer a framework of why SNA can be a powerful tool to examine study leadership. The researchers provide the following reasons for using SNA to examine leadership: leadership is relational, leadership is situated I context, leadership is patterned, and leadership can be formal or informal. The researchers continued on to develop a framework of three network approaches that can be taken to further examine leadership networks. The first is “Leadership in Networks”, this would be examining relationship ties such as trust and communication to examine leadership emergence. Second, is “Leadership as a Network”, this would be actual leadership ties between members of a team who recognize and accept leadership relations. Lastly, “Leadership in and as Networks” which would be researchers who try to examine the embedded social context and model the phenomenon of leadership as a relational network. There is evidence to show that if formal leaders are more centralized in social context networks predicts follower’s perceptions of that leader (Carter, DeChurch, Braun, and Contractor, 2015). For my small project this framework fits perfectly, I will be looking at “Leadership in and as a Network” by examining social contexts such as individual’s perceptions of technical skills and leadership and where the formal leaders are within the boundary of the network in regards to these relational ties. Coaches are always looking for athletes who are leaders. Focusing on both informal and formal leadership roles among team members is a recently new conceptualization as a team-level construct (Mehra, Smith, Dixon, & Robertson, 2006). Formal leaders and those who are emerging must recognize their shared leadership for one another for a team to have optimal performance. So, a question to ask is, “do the leaders on the team see each other as leaders”? My study will also be taking into account the informal (ex: a player with high interpersonal skills) and formal leadership (ex: captain assignment) roles of whole team rather than just examining formal leadership roles. One of my favorite motivational speakers and life coaches is Robin Sharma. Below I think he sums up what a leadership role is all about. How do individuals see and perceive other’s leadership behaviors on a team and do these ties make a difference based on formal and informal leadership roles? Team cohesion and its effect on performance has been primarily focused on the relationships among the actors of the networks. In my last blog post I referred to an article by Warner, Bowers, and Dixon (2012) that examined relationships among players on two basketball teams. The study was longitudinal and followed the structure and cohesion of the two teams at four times over the course of a season. They specifically examined each actor and team member’s role, centrality, and position within the network as well as the group’s overall structural cohesion throughout the season. Similarly, to how I will be conducting my small project they examined social constructs of friendship, advice, efficacy, and trust. They found that teams with more structural cohesion within the network on the four social constructs had a higher winning percentage than the team with less structural cohesion. They aso found that those with informal leadership roles were central to the network, I believe this lies a finding that warrants for further investigation because it contradicts past research on formal leadership. Cotterill and Fransen (2016) also address the need that there is a gap in the literature in the examination of informal and formal leadership roles on athlete leadership. Therefore, the purpose of my project is to investigate relationships and player perception of their teammates amongst a network of a college lacrosse team, as a way to examine team cohesion.

My small project will be guided by the following research questions:

Operational definitions were derived from the variables under examination. Perceived playing ability will be measured by “starter” “starts sometimes” and “non-starter”. Formal leadership will be defined if they are an assigned captain or squad leader (six squads). The edge attributes of leadership quality and technical skill ability are relational ties in which each player answered about each teammate on the following questions “Our team relies on her for leadership” and “Our team relies on her for her technical lacrosse skills”.

The data I will be using was gathered during a survey in the 2016-2017 pre-season from a mid-major NCAA Division I lacrosse team. There is a defined network boundary for this team case analysis of 31 players (Nodes). Node attributes I am interested in examining for the research questions are formal/informal leadership assignment; playing ability (starter/non-starter); position played (offense/defense); tenure on the team (number of years played). The edge attribute I am interested in examining are the in-degree and out-degree from each player based on their perceptions of the teammates leadership (RQ1) and teammates technical skills (RQ2).