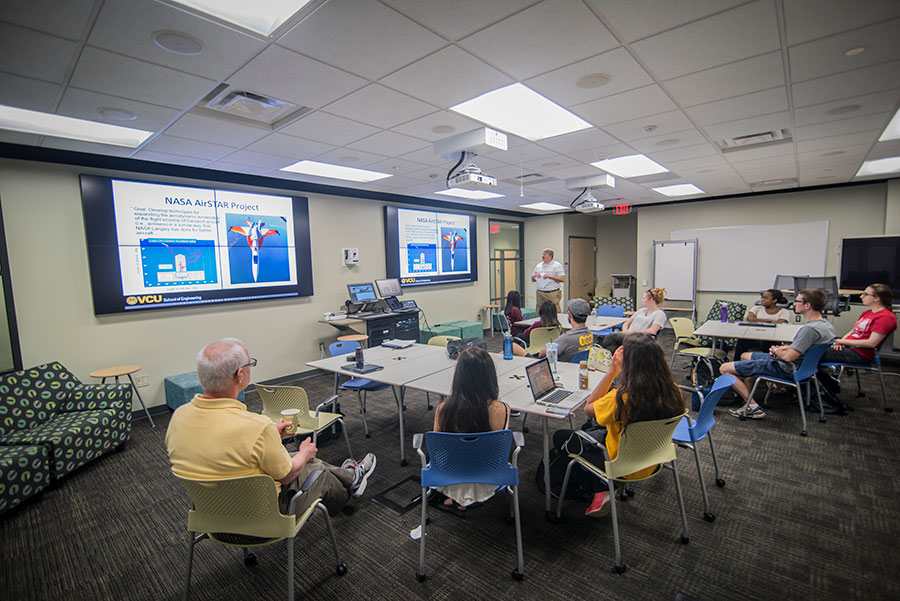 Dr. Robert Klenke of VCU’s Department of Electrical and Computer Engineering discussed the research he has done with model aircraft for NASA. A few takeaways:

Quadcopters can go haywire. Bob showed us a video of a drone that completely malfunctioned. It refused to obey the controller and flew off into a tree. Suppose it had hit a bystander?

Bob also noted that if you’re a member of the Academy of Model Aeronautics‎ and you want to fly your UAV at an AMA flying field, you must demonstrate your flying skills. The rules proposed by the FAA wouldn’t require UAV pilots to pass a flying test.

There’s a wide variation among model aircraft. Bob has done research with a fixed-wing vehicle that has an 11-foot wingspan and weighs 50 pounds. That’s a far cry from a 4-pound quadcopter.