Privatio boni, a religious concept that deals with the composition of evil, was another topic we focused on last class. Similar to the relationship between cold and heat, evil is posited to be whatever is absent of good. There’s a slight distinction between absent of good and what’s not good: a grey area, a liminal space between good and evil. Naturally, Privatio boni doesn’t incorporate that liminal space; whatever isn’t good must be evil, thereby removing a third option, something that’s neither good nor evil.

It’s difficult to wrap my head around how this could be possible. In order to understand what’s good we’d have to generate a sound denotation of the word good. “Good” is defined by the Oxford Dictionary as “[Something] To be desired or approved of.” If this definition is unanimously agreed fair, then, in adherence to Privatio boni, evil is whatever that’s absent of a quality “to be desired or approved of.” Evil would not only be whatever is undesirable or unapproved of but also whatever is simply not “desirable and approved of.” That is to say that the chair I’m currently sitting on, which I have no feeling toward, is intrinsically bad because I don’t have any feeling toward it. The Devil, the very personification of evil, would be lumped into the same category as the chair I’m sitting on that I feel nothing for nor against. No, this isn’t a fair understanding of what evil is. To lump what’s neutral and what’s truly evil is poor reasoning and a perfect example of a false dichotomy.

Holism of the macro and the micro

Last class we learned the term Epic simile: an epic story within another epic story. Epic similes, though stories of their own, tie into the larger, embodying story. This concept is similar to the theme in our class: microcosms and macrocosms. Why this theme is so salient in our class, I’m still gripping straws at. We focus on the large and the small, in part, because that is what Milton focuses on in his works. But, beyond Milton’s intentions and beyond his works there’s something that underlies all concepts. When writing you focus on each sentence that then makes up the whole written work. Neither one could exist without the other. When playing a sport, say soccer, each individual player acts as a facet to the whole team. A team couldn’t be a team without each player doing their job. At times in biomedical engineering, scientists focus on individual genetic traits and how they interact with one another, and then, from there, they can develop medicines from the outcome of the combination of genetic processes. There’s something in this: the holism of the small and large.

In Areopagitica — a work of prose — Milton choses to capitalize words in a seemingly arbitrary manner, though his use of capitalization isn’t arbitrary at all but a calculated, stylistic approach to convey a sense of individuality in something that would normally be lumped with a broader population of (for lack of a better term) “things” that have a shared characteristic, and, paradoxically, he is also conveying a sense of generality.

“For this is not the liberty which wee can hope, that no grievance ever should arise in the Commonwealth, that let no man in this World expect; but when complaints are freely heard, deeply…”

If Milton were to have omitted the identifier “this” from the clause, “World” would have stood as its own form and would have been expressive of a particular place (i.e. a proper noun). “World” could have been another form of “Earth,” the primary way we identify our planet. Instead, he does add “this.” Milton is aware of the grammatical change when adding an identifier, but he does it anyway, betraying modern conventional writing standards (though he is not modern). Again, he’s emphasizing the word. It stands out.

He is also conveying a sense of generality. To him, there are other worlds mythologically, religiously, and secularly. But, by emphasizing the “w” he’s toying with proper nouns while including an identifier, thereby intimating generality and individuality all at once.

For Mil’ run of the mill, but for us not. Nice job tons.

Wheels and racism, slaves and Milton

On the first day of my African American literature class, we read various hymns from African American slaves during the Antebellum era. The third hymn we read did well to exemplify the artful sophistication behind these spirituals and, more importantly to this post, acted as a interpretative commentary on Ezekiel’s Wheel: one small ring bearing God’s influence and the larger ring bearing our unwavering belief in Him. I, at times, think to myself “what would Milton say to this hymn?” Clearly he would agree with what’s ordained by the Bible — the existence of the wheel and each ring’s contrived placement. But would he agree with a slave’s belief in the wheel? Would he have thought slaves descending from Africa deserve to believe in God? I know Shakespeare toyed with the performativity of Othello’s actions in a Western, white military. But, again, what would the sagacious Milton have thought? He was alive when the colonists started to adhere to mercantilism and, therefore, the emergence of the slave trade, was he not? Perhaps I’ll bring this up in class. 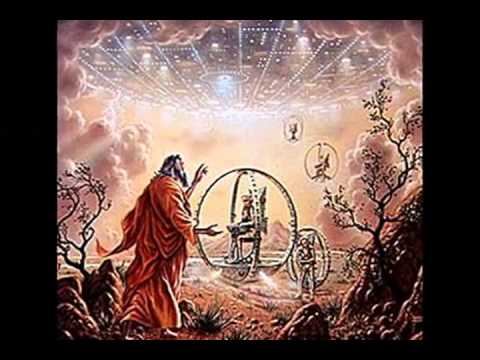 In Lycidas, Milton verses a divine testament to his former classmate from Cambridge, Edward King. King’s death marked the end of a type of man. The last lycidas, Milton ascribed him, was one of integrity and contemplation. But, above all else, King was a shepherd of the muse, unfettered by the sight of “Amaryllis in the shade, / Or with tangles of Neara’s hair.”

Betrothed and paternal, Milton was not a lycidas. In fact, this poem was the last to be written by Milton until he orates his magna opus, Paradise Lost. The conflict he felt when writing this must’ve been unbearable. It wouldn’t be a stretch to think Milton aspired to be a true lycidas, enveloped in his writings. But his place from then almost till the end became one political and, to say the least, occupied by more earthly doings.

Choice: His construct or milky casuistry?

Two lectures ago, our professor, Doc. C dubbed, spoke of why Milton thought choice comes in abundance. The crux of Milton’s explanation stems from these questions: (1) why are there multiple options we humans can choose from rather one or none at all? (2) Why would God bestow us the right to our own agency, the source of choice, if negative repercussions could ensue? The crux of Milton’s answer is that without choice morality wouldn’t exist; humans need to be able to make poor decisions in order to understand the purpose of God’s will and the gravity of why what’s right is right.

This logic makes sense if confined to the stories of the Old Testament Bible (though many would still argue otherwise). Nothing begins and ends in accordance to the laws of nature. God’s will, the truest form of nature, is say-all. God artificially engenders choice by allowing Adam a home in Paradise with a caveat — he mustn’t eat the apple. But, from the vantage point of an outsider agnostic (or probably most contemporary theologians), the possibility that choice could be given, even in God’s circumference, seems flawed. Did Adam not coax god into creating Eve before he bites the apple? Did Adam not chose to believe the serpent?

Of course, outside of God’s jurisdiction, choice is an inevitability… but perhaps I’ll save why for another post.

Every now and then, when Milton’s transcriber did not present himself to Milton at the break of dawn, Milton would thump around his room in a tantrum from holding onto his literary-latent thoughts too long. Outbursts would follow. “I need to be milked,” he’d say.  Well, the day has come, Bovine boy. Then, it was time for your milking; now, no more milking. It’s time for our drinking. Cin-cin.