As the passage states, there is more to inequalities, “because of sex”, than just blatant discrimination, and will need to be addressed, at a minimum, by passing new laws, amending old laws, changes in employer policies, and a cultural shift.  I have highlighted a few of these changes that would address inequalities, and how I can be an active participant, and leader, in moving forward, because while it used to be so much worse, I see that it can still be so much better.

Passing new laws: When I was pregnant with my boys, I spent 3 months in the hospital, on bedrest, and became very familiar with FMLA, parental leave, and short-term disability. I will be eternally grateful for University of Richmond’s support, which allowed me to work half, sick, days from the hospital and gave me 8 weeks PAID leave after the boys were born. What is most impressive about this is I had a male colleague, whose wife was in a similar situation a few months later, and he was given the exact same support and benefits.  In 2021, fathers are (as they should be) as active a part as raising a child as mothers, and they should receive the same support and respect to be involved.  I feel strongly paid parental leave should be for both parents; if a person qualifies for FMLA, they should be paid for their time away from work.  Asking a mother or father to choose between getting a paycheck for the first 8-12 weeks of a child’s life is not fair and, in my opinion, should be regulated/required by our government (as it is for women in more than 120 other nations).

Amending old laws: Why is it that an employer with less than 15 employees is required to equal pay for employee yet exempt from the laws that prohibit discrimination? It would seem reasonable that if a small business is required to pay male and female employees the same, they should also be required to treat all individuals the same, regardless of sex, gender identity, disability, race, etc.  We have seen so much support given to small business through the pandemic; I would implore the government to support small businesses in providing a fair, and discrimination-free, workplace.

Voluntary changes in employer policies: It is frustrating, sad, and angers me when I see how much less women are paid than men, especially women of color.  While public higher education institutions are required to share their employees’ salaries, the same is not required of the private sector.  What I am doing at University of Richmond is not that much different from what other Directors of Recreational Sports across the state are doing. When I look at the Director at VCU, he makes over 8k more than me, while the male Director (a person of color) at ODU makes 20k less than me, and the female Director at W&M makes 15k more. Granted, some of this is length of employment, school budget, and “job duties”; is there really any reason there is a 30k differential in Recreational Sports Director’s at VA colleges and universities? I would encourage ALL employers to willingly post salaries to help address these pay differentials. I will encourage our staff advisory council, and HR Department to be more transparent with salaries.

Cultural Change: Cultural Change is the (glacial) key in truly equalizing gender. There are cultural changes that are occurring, like an increased number of women firefighters, and would make one think things are getting better.  But, just this morning, my partner (a Sheriff’s Deputy) was cancelled on a call because the caller was “a big guy” so they sent a male officer to respond, implying that even though she had the same training, skills, and tactics as the male he was more qualified.  Related, I was talking to my parents over the weekend and my Dad referenced an interview he had listened to with Melinda Gates about how fathers need to take a more active role and how Bill Gates did, then my Dad said (out loud, in front of my Mom), “that is the direction the country is going.” My mom has always relished her role as a stay-at-home mom who was able to be active in our sports, schooling, and activities, but in that moment she responded with such anger, “it took you listening to Melinda Gates to see that how we raised the children asked so much more of me than you!”.  What I realized in that interaction is that while we (society) see a cultural change occurring, and assume we are part of the (positive) change, we are often times blind to the role we have had in creating norms, (gendered) roles, and inequalities.

I have said this before, and I will say it again, the most impactful thing we can do as leaders is to build relationships, which fosters trust, and allows for difficult conversations.  Through having difficult conversations we expose ourselves to different opinions and are able to learn from one another.  Sharing personal experiences, and listening to others experiences, is what will create lasting change related to gender, sexual orientation, or racial differences.  As educational leaders, we care about learning, what we can learn from others experiences is equally as important as what we learn in a book. 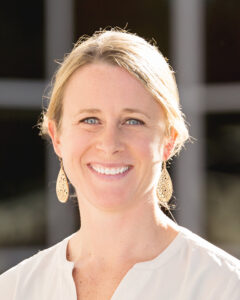