The Process of Peer Editing

I am a competent but not a confidant writer.  Consequently, the process of peer editing, turning a rough draft over to a classmate for review and reviewing their work in return, was nerve wracking.  I agonize already over what feedback my instructors might give me.  Did they like my word choice? Did they notice the slight hitch in flow where I added a data point?  Did I come across to strong or to wishy-washy, or did I show my voice and position on the topic?  Asking a classmate to look at a work in progress, and giving them my honest opinion on their work, required an enormous amount of vulnerability and trust.

The peer editing process was useful in this instance and I believe that was largely due to the partner I had. This exercise reminded me that Lencioni’s (2002) foundation of trust for teams is relevant in all things.  My peer editor and I had worked together before on other class work and had already learned to trust each other a little.  Without that I would have been more concerned with how my comments on their paper would be taken.  Knowing each other, knowing how we’ve reacted to previous criticism and how open we are with sharing our concerns, I felt able to judge the type of critique that would be most helpful.  Similarly, I felt that the critiques I received were made in an honest effort to improve both my writing and my confidence.  And they did.  I accepted many, though not all, of the suggested edits.  Often, my partner pointed to areas that were unclear but did not attempt to fix it – they simply pointed to sentences and to why they were confused and I was then able to re-write to address the issue but in my own voice.

While this process was successful and helpful in this instance I am not sure that it will be in every instance.  I very much appreciated this particular partner’s help as they have a very different voice and view from my own.  I worry that this process might be counterproductive if paired with a partner who I had not built trust with on both an academic and a personal level. 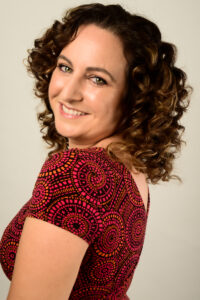