Hope Theory: Rainbows in the Mind 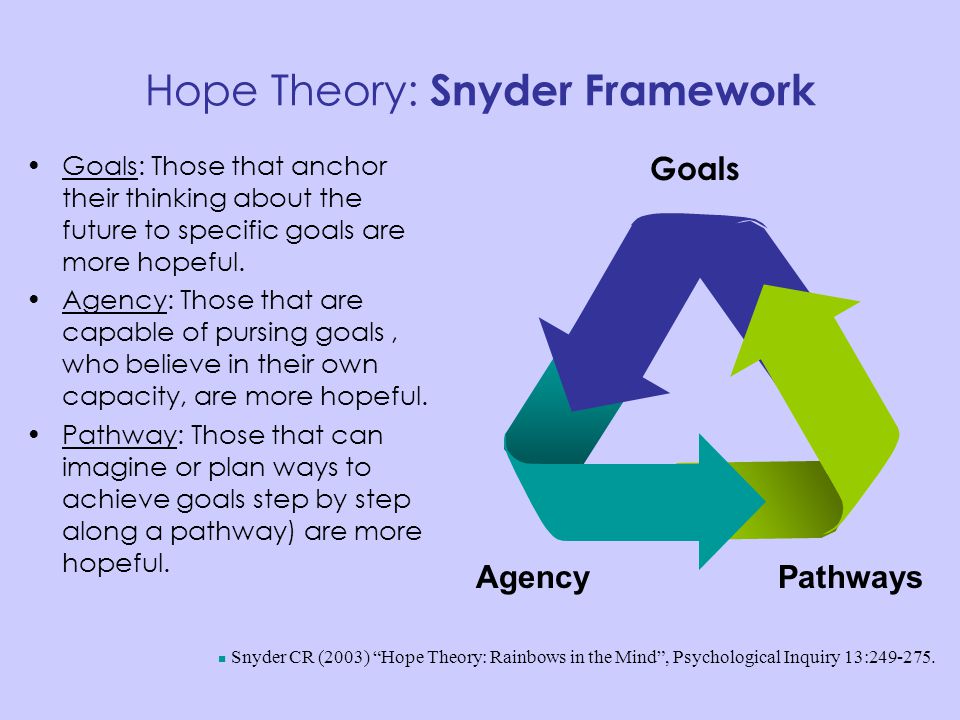 This is something new that I found when I was researching rainbows. Something called the “hope theory” exists, where the word rainbow is used as a symbol for representing a theory. The hope theory is defined as the perceived capability to create pathways to desired goals and to motivate oneself while thinking about those pathways (1 Snyder). Snyder was fascinated by the concepts of hope and forgiveness. Throughout his career, he published six books about Hope Theory, and 262 articles about the impact that hope can have on aspects of life such as health, work, education, and personal meaning. His theory had three main points to it. The three main concepts he discussed through it was goals, agency, and pathways. The goals represented approaching life in a goal-oriented way. The pathways were finding different ways to achieve the goals that someone creates. The agency was the actual act of believing that a person can prompt change and achieve the goals that they set out for themselves. Snyder basically characterizes the hopeful thinkers as people who can form goals and work towards them.

It is quite fascinating to see how the word rainbow was used in this theory. It is even more interesting to know that hope and rainbows are connected at a scientific level. The theory may just be one psychological approach, but it is unusual to see rainbows representing a theory about hope. This is one case where the term rainbow has only used a connection rather than a symbol. The term “rainbow” in the mind is used as a way of describing what the hope theory stands for. I guess when a person says that they have “a rainbow in their mind” they may be referring it to the theory.