Archiving During the Pandemic at The Mary Baker Eddy Library As the assistant archivist in Special Collections at The Mary Baker Eddy Library in Boston, Massachusetts, I preserve, catalog, register, and research our collections. In conjunction with my co-workers inside and outside my department, I disseminate information about Mary Baker Eddy’s life, discovery, writings, the Christian Science institutions and their healing mission to Church members, academic researchers, and the public. However, due to the Covid-19 pandemic, the library altered my duties and responsibilities to accommodate work from home orders.

Since 2002, The Mary Baker Eddy Library allows the public to explore the life and history of Christian Science founder Mary Baker Eddy and the movement itself from the nineteenth century to the present through its collection of documents, photographs, books, audiovisuals, and art and artifacts. Additionally, the library publishes a series of articles about notable Christian Science women in its “Women of History” series, materials in the collection in the “From the Collections” series, and “Ask a Researcher” allows the public to see answers to questions posed to our research team. In “From the Mary Baker Eddy Papers,” curious minds can read about the findings of the Papers Project, which annotates and digitizes a variety of the founder’s documents. The library also has a podcast, Seekers & Scholars, that explores Christian Science spirituality in scholarship and how various library departments make Christian Science and the writings of Mary Baker Eddy accessible to the public. I contributed to these outreach programs through articles; one about a Woman of History, opera singer Marcella Craft, and the other, on the Wentworth Home, where Mary Baker Eddy stayed during the formative years of Christian Science. While this part of the library and part of my duties remained, others did not translate to working from home.

My main responsibility includes archival processing, which means I survey, arrange, and describe incoming collections. However, until I am on-site I fulfill my other duties by helping out in other areas such as metadata clean-up, transcription review, and research. I helped bring a variety of metadata entries up to current professional standards. We are also in the process of  writing policies on diversifying our descriptive data (an on-going project). I also help the research team with inquiries and donation offers, searching through our databases to find the correct information. Over the last few years, the library started an Oral History project in which the library interviews various Christian Scientists who share their experiences relating to the movement across time and place. I help this project by reviewing and editing automatically generated transcripts via software that we will upload along with the audio recording into our collections. Finally, my co-workers and I stay abreast of the latest scholarship, technology, and special collection management policies and procedures by going to conferences like Society of American Archivists and New England Museum Association, attending workshops, and watching talks, albeit so far virtually. These duties happily fill my workday and career goals, but on my own time I continue my personal research on Jews in the British North American colonies.

During my time at VCU, I started exploring Jews in the British North American colonies when I interned at Beth Ahabah Museum & Archives. I became fascinated by this rich history that has not gotten as much attention as other colonial religious minorities, like the Quakers. Currently, my focus is on the colonial Maryland’s first resident Jew, Dr. Jacob Lumbrozo. I am conducting a case-study on his life that enhances our understanding of how the colonists retained  and digressed  from the home country’s philosophy and practice of religious toleration in colonial Maryland.For example, while religious toleration was a heated discussion in both societies, divergent Christian sects (non-Anglicans) enjoyed more freedom in the colony than their English homeland. Additionally, toleration had a narrow definition that only encompassed Christians, not other religions like Judaism.  His life is relevant to the field as he was the only person tried and convicted of blasphemy under the Toleration Act of 1649. This was only one of several alleged crimes, including abortion and attempted rape. As my research progresses, I will include small communities such as the Jews of Newport, Rhode Island and the Lancaster area of colonial Pennsylvania, incorporating how their religious practice (or lack thereof) affected their economic, social, and cultural life within Jewish and the greater Gentile communities. While the colonial Jews consisted of  less than one percent of the total population, the fact that the community held high economic and social status allowed them to participate in elite social circles and business opportunities inaccessible to the majority of colonists. This also means that many colonial Jews left documents such as: diaries, wills, business transaction records, ship logs, and correspondence documents that reveal how their presence impacted the colonies’ trajectories in political, economic, social, and cultural spheres of everyday life.

The pandemic blurred the lines between home and work, however, history has always been a part of both for me.

~Rivi Feinsilber graduated with her M.A. in History in 2015 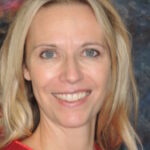