Content to be added by the Stigma and Prejudice Group:

Further, the Merriam Webster defines prejudice as both a, “preconceived judgment or opinion” as well as, “an adverse opinion or leaning formed without just grounds or before sufficient knowledge.”

Overcoming Prejudice: The young lady in the video made a strong statement, “There are no sides in a round world.”

The volumes this quote speaks is powerful! (Disclaimer: I couldn’t trace who originally made this graphic to give credit) This short video by the Drug Policy Alliance brings attention to the stigma that comes with drug abuse and the prejudice that the general population has against people that have a drug addiction. The negative stigma about drug addicts is that they are bad people commit violent crimes, when really they are just normal people who became addicted to a drug and lost control. I think this group of people is a perfect example of a population that is negatively affected by stigma and prejudice, because often instead of receiving treatment, they end up in jail or prison.

“Nearly nine out of ten people with mental health problems say that stigma and discrimination have a negative effect on their lives.” -Mental Health Foundation

In modern day American society, there has been a large stigma around mental health. Mental Health has a negative connotation around it for many people— A lot of this stemming from society, the media, and prejudices. Stigma around mental health says people who are battling it are dangerous to society. The argument stems from the media portraying many who cause harmful attacks (i.e. shootings, bombings, etc.) to be mentally ill. But, saying all people who struggle with mental health will do something of that extreme, that’s categorizing someone, that’s stigma, that can be prejudices towards someone. We need to be the change in society and change this negative connotation around mental health.

Below is a great article that not only provides great statistical research but also seeks to explain some of reasons that stigma has developed around mental health. Check it out!

My mother in law came to the U.S. in 1943, a Polish- Jew in New York. Her family looks kind of Greek so she never really got the full impact of prejudice towards Jews. However she never let on that she was, even now. My wife is the same, but she will claim it when asked. We have both wondered about how our daughter will be treated after the Waldorf School. The world is harsh and people are phony in where they may pretend to be a friend just to set her up for humiliation or worse. My wife says we will never move farther south as Baby girl may face, who knows. Is the country we live in actually becoming more willing to embrace each other or am I just a paranoid dreamer who doesn’t want his bi- racial daughter and gay son or tattooed son, when released from prison, to feel afraid, less than or uncomfortable in their own skin, any thoughts? -Lion

https://www.apa.org/monitor/oct04/prejudice
I found this interesting article indicating a link between emotions and prejudices across several cultures. 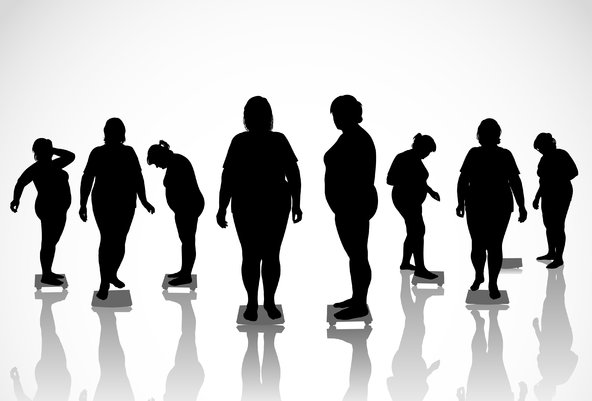 Being overweight doesn’t necessarily make a person distraught, researchers are learning. Rather, it’s the teasing, judgment and unsolicited advice directed at overweight people that can cause the greatest psychological harm.

“People assume there is a direct relationship between how much people weigh and their psychological health,” said Jeffrey Hunger, a doctoral candidate in social psychology at the University of California, Santa Barbara. “Our research and other research is showing that no, it’s not about their weight, it’s the treatment they faced and what they worry they will face.”

In a recent report published in Social and Personality Psychology Compass, he and his colleagues found that those who were overweight or obese were more likely to report problems like depression, anxiety, substance abuse, and low self-esteem if they had experienced weight-based discrimination in the past. Being the target of weight discrimination can also lead to self-sabotaging behaviors like avoiding the gym or doctor’s office in order to protect against future stigmatization.

“We know that obese and overweight people have an increased motivation to avoid exercising in public,” Mr. Hunger said. “They have reported delaying preventative health care, particularly screenings, to avoid stigma from their providers,” he said.

Stigma from doctors is part of a larger cultural bias against the overweight that is amplified by the mass media, from reality television to advertisements to health magazines, said Courtney Bailey, a media scholar in popular culture and an associate professor at Allegheny College in Pennsylvania. “It’s very punishing. It’s very punitive,” she said. “And it’s done under the context of health, which makes it harder to critique.”

Dr. Bailey says that fat stigma intensified after 9/11 when Americans’ sense of vulnerability translated into increased animosity toward the fat body. “Think about what fat bodies signify culturally,” she said. “Moral weakness, incompetence, the list goes on. Those are also things that threaten national security.”

Negative stereotypes of fat people are reinforced in entertainment media, from children’s shows to reality television, said Sarah Domoff, a research fellow in clinical psychology at the University of Michigan.

In one study, Dr. Domoff exposed undergraduate students to shows like “The Biggest Loser,” in which weight loss occurs rapidly and within a punishing context. She found that study participants who weren’t trying to lose weight expressed greater disdain of obese people than those who were. Many also expressed a stronger belief that weight is controllable and that a person who fails to lose weight is not trying hard enough.

“We’re seeing a lot of responsibility put on the person themselves,” said Dr. Domoff, a notion that perpetuates stigma against the overweight and obese by assuming people who fail to lose weight are at fault.

Fat stigma can have consequences on the body as well. Earlier this year, a study published in Obesity confirmed how weight-based discrimination can increase levels of the hormone cortisol, a marker of stress. For the study, college-age women were told they were participating in an experiment about hormonal responses to shopping. They provided a saliva sample to measure cortisol levels, and their body mass index was measured. They were also asked whether they considered themselves overweight.

The women were divided into two groups. Members of one group, who served as controls, were told that the shopping activity was full and that their participation was no longer needed. Meanwhile, members of a second group, meant to be the target of stigma, were told that their “size and shape” were not “ideal for this style of clothing.” They were further told that the researchers wanted “to return the clothing to the designer in good condition,” implying the participant would stretch the fabric.

And fat stigma does not even need to be experienced in person to have an effect, other research indicates. Last year, in a study by the Rudd Center for Food Policy and Obesity at the University of Connecticut, researchers divided female participants into a control group and a stigma group. Women in the stigma group watched a 10-minute video that included recent media clips of actors and reality show participants overeating, wearing ill-fitting clothes, struggling to exercise and being perceived as repulsive by others. After watching the video, their cortisol levels tended to be far higher than those who watched a neutral video.

In a follow-up study, the researchers used the same research methods and the same videos to test caloric intake after exposure. Following the video, participants were offered snacks of M&M’s, jelly beans and SunChips while filling out a questionnaire. The overweight participants who viewed the stigma video ate more than three times as many calories as overweight women who saw the neutral video.

Rebecca Puhl, one of the studies’ authors and the deputy director of the Rudd Center, said that both studies showed that the stigma and shame so common in our society do not motivate people to lose weight.

“Research shows that the opposite is true,” Dr. Puhl said. “Messages that shame, blame and stigmatize people about their weight have a negative impact and interfere with efforts to improve health.”