My course about drones has taken off

For the past few weeks, my Honors class has been hatching ideas in the Incubator. We’re studying the potential that unmanned aerial systems (aka drones) has to revolutionize the media industries. Journalists, advertisers, filmmakers and others are champing at the bit to use drone video in their work — video like:

Right now, it’s generally illegal for media outlets to take pictures with drones in the United States. The Federal Aviation Administration is drafting rules for commercial use of drones.

Videos shot with drone-mounted cameras are especially impressive in the Incubator’s LCD-infused environment. It’s one of the many advantages of teaching in that space. Another advantage is the flexible seating arrangement, which invites collaboration among students. And that’s crucial for us because we’re doing a lot of group work in HONR 399-701 (“Eye in the Sky” — Drones in Journalism and Other Media Industries). This week, teams made group presentations on how drones could impact different kinds of media content. And now students are collaborating — using Google Docs and other tools — on comments we will submit to the FAA.

Dream space is in one’s head 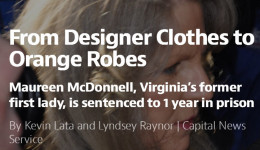 Holding class in the digital ozone