Harry Potter and the Translator’s Nightmare

An article discussing the shortage of medical supplies in Syria for refugees. A reminder of the ongoing atrocities in the country, and a good exercise for intermediate translation.

This is very helpful if you are trying to find clinical terms. It helps to enhance public access to information about mental health services and other human service resources available to Spanish-speaking residents.

Good source for construction vocabulary in English and Spanish. 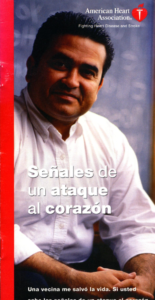 Sorry, grammar nerds. The singular ‘they’ has been declared Word of the Year.

“Singular “they,” the gender-neutral pronoun, has been named the Word of the Year by a crowd of over 200 linguists at the American Dialect Society’s annual meeting in Washington, D.C. on Friday evening.”

This is especially useful to keep in mind for translating (or interpreting) where the gender of the person being spoken about is unknown.  Instead of having to choose the gender of the hypothetical person you are speaking about, you can simply use the singular “they” to preserve gender neutrality.

For instance, how would you translate the following?

Typically you would have to randomly choose a gender for the person you were speaking about since you don’t have any contextual clues, due to the gendered shortcomings of the English language.  So you’d translate this as, “He spoke,” or, “She spoke.”  However, due to the gender-neutral singular “they” finally being recognized in academic circles, you can now safely (and far more accurately) translate this as, “They said.”

This is really useful if you need to transcribe any sort of audio or video.  It allows you to load an audio file or video from YouTube and transcribe it in the same window.  It’s really intuitive and has easy-to-use keyboard shortcuts for slowing down the audio, rewinding, fast forwarding, and inserting time stamps.  This doesn’t require any software installation.  They encourage you to contact them if the cost of a full license is prohibitive ($20/year).