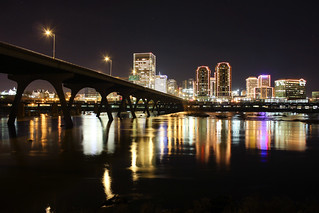 Richmond, VA is one of the oldest cities in America and is famous for being the capital of the confederacy. Today, Richmond is a thriving, metropolitan city with much to do and see in the day and night. Richmond is home to many colleges and universities, including Virginia Commonwealth University, University of Richmond, and Virginia Union. There are also several community colleges in the area, including J. Sargeant Reynolds and John Tyler Community College, as well as vocational colleges like ECPI College of Technology and ITT Technical Institute.

Arts and culture in Richmond are thriving. The city is home to the VA Historical Society and the VA Museum of Fine Arts, as well as the Science Museum of VA, the Children’s Museum of Richmond, and the VA Center for Architecture. Other interesting historical sights include the Edgar Allen Poe House and Museum, the John Marshall House and Hollywood Cemetery. Monument Avenue is well-known for it’s confederate statues commemorating soldiers such as Robert E. Lee and Stonewall Jackson.

Performing arts flourish in Richmond.  The Landmark Theater, Carpenter Center, Barksdale Theater and Empire Theater are notable venues for formal performances. For music, the Richmond Folk Festival is a multi-day event that hosts folk, bluegrass and country music every summer.

Many smaller theaters and venues throughout the city are home to live music on a daily or weekly basis as well. Finally, the Richmond Mural Project and the RVA Street Art Festival have facilitated the production of murals by nationally and internationally acclaimed artists throughout the city.  According to Shane Pomajambo, owner of the Art Whino Gallery and sponsor of the Richmond Mural Project, the murals that were produced during 2014 “continue to build Richmond’s reputation as a go to destination” that invites “exploration of the city.” In addition, this project has beautified many less than beautiful or simply plain areas in Richmond.