What stands out regarding those who have not adopted social media use in Social Media Divide is that they all have experienced some degree of social instability. The anticipation that demographic characteristics that make up the digital divide, such as socioeconomic disadvantages, would make up the same kind of people who were non-adopters of social media. The results instead showed that social isolation in the offline/physical world correlated with not using social media.  These people have been separated from the ability to hold normal social lives by circumstances that prevent stability and control in their lives. There are those who are either unintentionally dependent on relatives or were unprepared to have people dependent on them.  A third factor that can occur separately or compound the previous factors is that of job instability, where they are constantly seeking or striving to keep a job with no real connection to any continuing career.  These stress factors make so that their schedules are unreliable and thus unable to make the time for meeting up with old friends or making lasting new friendships.

As has been described in this and past readings, social media use is often supplemental to physical world interactions. Be it continuations of  regular social contacts or facilitation a long distance relationship of some form, the use of social media helps maintain and grow one’s social capital.  Those who have become isolated in the physical world do not have much social capital to start with and do not see the value in investing it a manner that can be seen as ephemeral. Much like the stock market, you feel like you need to have the capital to risk before investing it. Additionally, their current social situations leave them with obligations to dependents or their, typically low paying, jobs or simple it out the means to reach out.

Often these non-adopters also ended up having to leave their educations behind for one reason or another.  High school and college years are when most people make those social connections and learn how to use the latest technologies.  Without the ability to tap into these resources the non-adapters end up in a self-reinforcing cycle were the lack of use of socialization methods decrease their ability to access them in the first place. At least on an emotional level, which where socialization as the most effect.

Having worked retail for the majority of 20’s I can tell that I have seen this many times.  Those who had settled in to make a career out of retail would often use social media to keep in contact with their family, friends, and coworkers.  Some would have those dependent on them as described in the article but since they had settled in with their job they had at a sense of security about them that allowed them to open up to others.  Those in lower positions who didn’t have social support structures in place followed the model present here pretty closely.

One thought to “Weak social networks when you have to grow up early.” 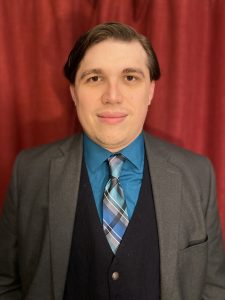