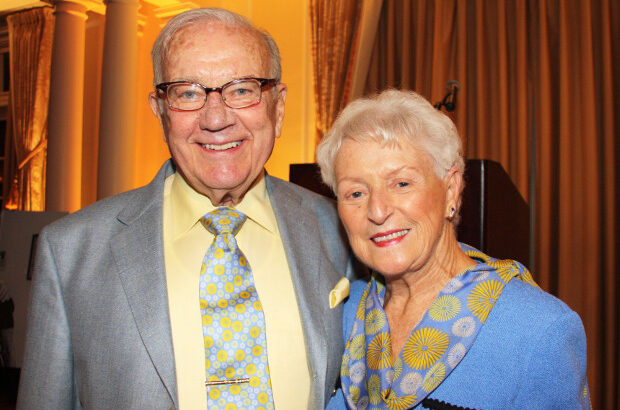 The C. Kenneth and Dianne Wright Center for Clinical and Translational Research has received a $16 million gift from the foundation of its namesake benefactors.

The funds are part of a $24 million gift from the C. Kenneth and Dianne Wright Foundation, announced on Friday. Four million dollars will go to the VCU College of Engineering, and another $4 million supports the VCU Health Adult Outpatient Pavilion.

The Wright Center’s $16 million will support the mission of the center — to advance science and foster partnerships that accelerate translational research for the betterment of human health. Plans to develop specific programs and scholarship around that vision are underway.

“We’re humbled by and grateful for the generosity that the Wrights and their foundation have shown our center,” said F. Gerard Moeller, M.D., director of the Wright Center. “This year has shown us how important clinical research is for the health of our community. And this gift will help the Wright Center promote important collaborative, community engaged research.”

C. Kenneth Wright made a $16 million gift in 2015 to name the Wright Center. The gift established six Distinguished Chairs in Clinical and Translational Research and a physician-scientist scholars program. Wright’s support has enabled the university to recruit distinguished researchers from around the country and helped VCU prepare scholars for careers along the spectrum of translational science.

In 2018, Wright renewed his support with a $5 million gift to expand the Wright Center’s biomedical informatics program.

The Wright gifts have helped the center leverage the support of the National Institutes of Health (NIH) and its 2010 Clinical and Translational Science Award of $20 million. The NIH renewed the award in 2018 with a $21.5 million grant — the largest NIH grant in VCU’s history.

Kenneth Wright passed away in 2019, and his wife, Dianne, died in 2013. Their foundation continues their dedicated work to fund research and education.