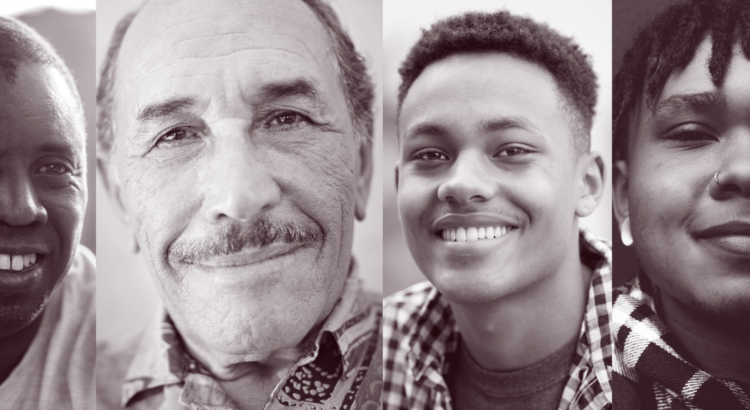 Terrance Afer-Anderson wants to create an army of ambassadors.

The Norfolk native and prostate cancer survivor wrote, produced and directed a movie, “The Black Walnut,” to bring attention to inequities in screening and mortality rates for prostate cancer in the Black community.

“I tell men scared of the invasiveness of a prostate cancer screening, ‘You have to toughen up,’” Afer-Anderson said on Feb. 9 at a virtual community event on the topic. “And I want African-American men – and women – to help spread the word about the disparity, to get tested early.”

Research, strategies and collaboration were the topics of the day at Cancers Below the Belt, where Virginia Commonwealth University’s Debbie Cadet, Ph.D., M.S.W., moderated a panel of community leaders and experts in prostate and colorectal cancer disparities.

Hosted by the C. Kenneth and Dianne Wright Center for Clinical and Translational Research and VCU Massey Cancer Center, the event was the second in a quarterly series that addresses pressing topics in health equity. The November event concerned lung health.

Screening rates are unequal. People with a college education and health insurance are more likely to be screened early. Cultural differences, Cadet said, including language barriers and distrust of the health care system, contribute to disparities, as does lack of access to health care resources in minority communities.

The reasons are complex, she added, an interplay among biological, health system, lifestyle and social factors that all work collectively to result in worse outcomes in Black prostate cancer patients. And the research on why is still light.

For Luisel Ricks-Santi, director of the Hampton University Cancer Research Center, the research couldn’t be more pressing. When she moved to Hampton Roads, Virginia, eight years ago, she was surprised to learn that parts of the commonwealth were hot spots for prostate cancer disparities.

Petersburg is 79 percent Black, according to the 2010 U.S. Census data.

“I wanted to understand and address that,” Ricks-Santi said.

She received a grant to study minority men’s health and precision medicine, an effort to approach treatment and prevention by taking into account individual variability in genes, environment and lifestyle. For example, there are genes associated with aggressive prostate cancer in African-American men, so genetic testing can predict aggressiveness and then guide treatment.

But research efforts run up against another disparity: Black men and women are underrepresented in clinical trials participation.

The same systemic racism that affects screening and treatment can be at work in research study and trials: the lack of representation and community engagement, access to resources and education, and racial bias on the provider level.

Afer-Anderson noted the lasting effects of cases like Tuskegee and Henrietta Lacks, where Black patients were subject to medical tests without their consent. “There’s a concern about being an experiment,” he said.

Overcoming these barriers is the goal of Hitting Cancer Below the Belt, a non-profit based in Richmond that seeks to raise awareness of colorectal cancer and eliminate cancer disparities, including barriers to screening. Renee Malone, its program director, showed event participants the advertising and public service announcements that have been successful for the group.

In non-pandemic times, the organization has a presence at community events – along with a giant, inflatable colon – in order to raise awareness of colorectal cancer screening. HCB2 also works with free clinics and others to provide in-home colorectal cancer screening to uninsured and medically underserved individuals. Malone encouraged participants to use and share their videos and materials.

The discussion that closed out Cancers Below the Belt was robust – with questions about strategies in the COVID-19 era, where in-person community events aren’t possible and people have delayed routine medical care like screenings.

As Afer-Anderson said, much of the work is about “illuminating the invisible man,” while also convincing men to participate in screening and early detection.

The video for the Feb. 9 event, Cancers Below the Belt, will be linked from the Health Equity Series website when it is available.

The next Wright Center Health Equity event will be on May 11 and focus on maternal morbidity and mortality. Learn more and register online.