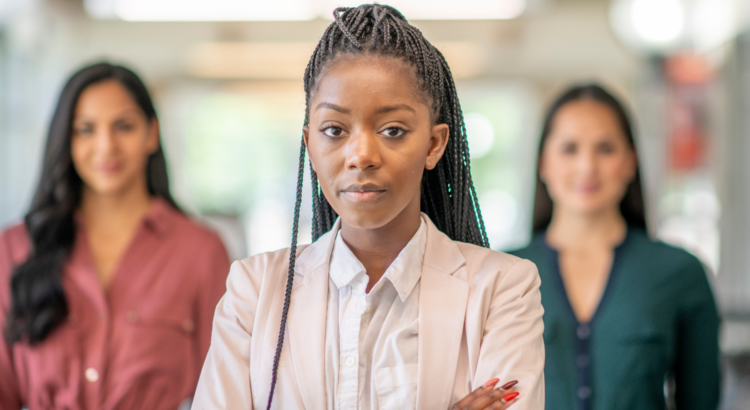 Tyrah Vann worked in health care for seven years and holds a Master’s degree in public health. She knew about the health disparities for women of color during pregnancy, birth and post-birth.

Her first baby spent two days in intensive care after Vann’s extreme pre-birth pain was ignored. And Vann still experiences health issues that could’ve been avoided if her pain following her second birth had been taken seriously earlier.

If someone with her knowledge and background still struggles to get quality care, she said, imagine what it’s like for someone who might not advocate for herself as strongly.

Vann shared her story on May 11 as part of the Wright Center’s Health Equity Series, which explored health disparities in maternal morbidity and mortality. Over 90 people from health systems, government agencies and community organizations joined online to hear presentations from experts and engage in a discussion about a path forward.

Alethia Watford, LCSW, became interested in the topic after high-profile cases of difficult pregnancies, like that of tennis star Serena Williams and Kira Johnson, daughter-in-law to TV Judge Glenda Hatchett, piqued her interest in the large outcome gaps for Black women during the perinatal period.

“It became my mission to learn as much as I could so I could help mothers advocate for themselves,” she said.

Watford, a clinical social worker at VCU Health and the Children’s Hospital of Richmond at VCU, kicked off the series by laying out the problems in clear terms: America ranks the worst of all developed nations on maternal mortality, and racial disparities in maternal and infant health have increased over the years, despite medical advancements.

The disparities reflect increased barriers to health care among people of color, Watford explained. It highlights the major role that social and economic inequities play, but also the historic and ongoing racism and discrimination that drive disparities. The solution, she said, would require internalizing a “groundwater approach” to structural racism – acknowledging and addressing the racial hierarchy upon which America was built.

“We must work to trade our privilege and power for perspective,” Watford said. “We cannot continue to gaslight and ignore black and brown women.”

Kenesha Smith Barber, Ph.D., followed Watford, with more statistics highlighting the gaps in perinatal outcomes for Black women. In Virginia, the preterm birth rate among Black women was 54% higher than all other women between 2016 and 2018, said the epidemiologist at the Virginia Department of Health (VDH). Low birth weights are also higher for non-Hispanic Black babies, and infant deaths, while trending downward in Virginia, are higher for Black infants.

Significantly, Barber explained, the gaps in perinatal outcome do not track with gaps in education, income and socioeconomic status between whites and African-Americans. Black women with higher incomes and educational attainment still have higher preterm births and infant deaths than white women at the same levels. That is, the gaps persist when controlled for education and income.

Barber is the coordinator for the VDH’s Pregnancy Risk Assessment Monitoring System, which was established in 1987 to survey maternal behaviors and experiences around the time of pregnancy, in hopes of reducing maternal and infant mortality and morbidity.

In surveys, Black women report experiencing more stress during the 12 months before their new baby was born: financial, emotional and traumatic stress, as well as stress related to their partner. The experience of racial bias contributes to that cumulative stress, Barber said.

The stress, the racial bias and the environmental factors contribute to “weathering,” a physiological process that accelerates aging and increases health vulnerability. Barber recommended a “life course approach” to closing disparities, conceptualizing birth outcomes as the end products of not only pregnancy but the entire life course of the mother before the pregnancy.

“How can you in your current role or position begin to bring about change?” she asked participants.

Amy Paulson, M.P.H., director of the Consortium for Infant and Child Health at Eastern Virginia Medical School, wrapped up the event by speaking to the community response.

“What do we do about this data?” she said. “So many of the different factors are tied into this problem that it can be difficult to tease out at the community level.”

Everyone in the system needs to improve delivery and hospital care. That means removing barriers to care and examining their disrespectful attitudes, like the kind Tyrah Vann experienced.

“Structural racism is the elephant in the room,” Paulson said. “We have to acknowledge the elephant and be up front about it.”

A lot of time the local solution building is done in a way that doesn’t include voices of color, she added. People of color need to be at the decision-making table.

The event closed out with a robust conversation among the attendees and panelists.

Watch the video for the May 11 event, Risky Pregnancies, at the Health Equity Series Kaltura channel.

The next Wright Center Health Equity event will be on Aug. 10 and focus on LGBTQ+ best practices in health care. Learn more and register online.

One thought to ““[Trading] our privilege and power for perspective:” Disparities in maternal health bring together community advocates”