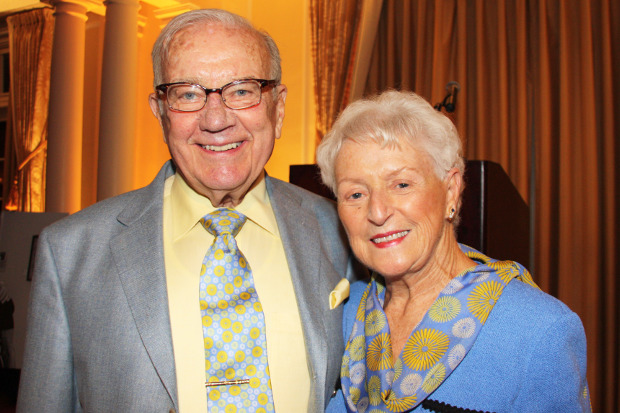 On Friday, Dec. 11, Virginia Commonwealth University announced that longtime benefactor C. Kenneth Wright has made a $16 million gift to name the C. Kenneth and Dianne Wright Center for Clinical and Translational Research at VCU.

“The gift by Mr. Wright will provide important support to catalyze continued growth in the CCTR in its mission to accelerate translational research for the betterment of human health,” said F. Gerard Moeller, M.D., director of CCTR. “It is a major commitment by Mr. Wright and VCU to the CCTR for advancement of clinical translational research and education, including education of future physician scientists. This gift is an indication of the importance of research and education supported by the faculty and staff of the CCTR to VCU and the VCU health system.”

The endowed chairs, established with $12 million of the gift, will enable the university to recruit distinguished clinical and translational researchers from around the country. Initially, faculty whose research is focused in the Pauley Heart Center and the Massey Cancer Center will be awarded the chairs, which will be held for five years. The chairs can then be renewed or shifted to other areas of excellence in the health sciences.

The additional $4 million will launch the physician-scientist scholars program, which will help VCU prepare the best and brightest students for careers in clinical and translational research, providing tuition and stipends for M.D.-Ph.D. candidates in the VCU School of Medicine.

“The Center for Translational Research is improving the lives of patients at VCU Health,” Wright said. “I am excited about helping to put the very best faculty and students in the laboratories and clinics so new discoveries can be made and new treatments can be developed. I know that Dianne would be very pleased about this gift and the impact it will have across VCU.”

Follow CCTR in the coming months as we undergo an exciting and major brand change to reflect becoming a named center due to the generosity of C. Kenneth Wright.

S. Esra Sahingur, D.D.S., M.S., Ph.D., associate professor in the Department of Periodontics for the VCU School of Dentistry and former Center for Clinical and Translation Research (CCTR) KL2 scholar, gave a presentation titled, “A New Paradigm in the Pathogenesis of Periodontitis: Intracellular Innate Sensors and Emerging Therapeutic Targets,” at the West Hospital’s Cardiology Conference Room on Wednesday, Dec. 2.

An R01 grant-recipient, Sahingur is studying the cause of periodontitis, an inflammation of gums that can lead to tooth loss and additional health complications if not treated. According to the Centers for Disease Control and Prevention (CDC), 47.2% of U.S. adults aged 30 years and older have some form of periodontal disease.

“The Short Talks was an opportunity to learn about the diverse research of our CCTR graduate students,” said Donaldson. “It was wonderful having faculty and senior-level students to support this burgeoning group of scientists.”

The following students participated in the “Student Short Talks” presentation: